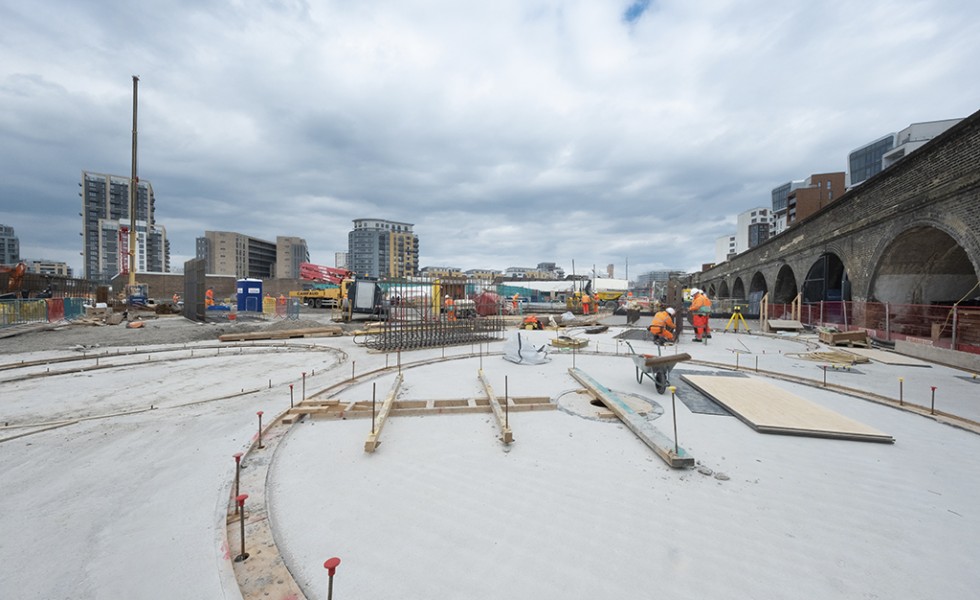 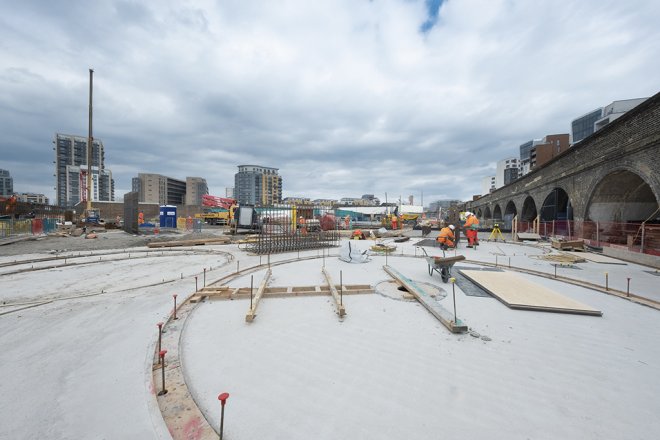 The Tideway megaproject was unable to implement more ambitious offsite measures because of contractual issues, its chief technical officer Roger Bailey has revealed.

In the early years of the London super sewer project, Tideway had looked at building one factory on the Thames Estuary to manufacture all of the precast concrete elements for the job. However, it ended up with four factories used by the different contractors involved. Speaking at the Construction News Summit, Bailey said having one plant would have delivered greater economies of scale for the overall project, but the idea was scuppered by the nature of its contracts.

"It [separate plants] works for individual contractors, because of different timings and they're not all the same design – and they would never have been the same design because the tunnel is different diameters in different parts of it," he said. "However, the ability of a client to influence an outcome that seems to be right, is quite difficult with some of the contracts that we generally use."

Bailey said clients need to work with contractors and subcontractors earlier to drive more innovative solutions. "Maybe in the future, in order to do the best, we need to move towards this Project 13 approach, where you've got an integrator, and you've got the client getting into more contracts with a wider range of subcontractors and contractors, some of whom you can give earlier contracts to, and you can work with them on specific areas, well in advance of when you might normally work so that you can bring the benefits of this thing going forward."

Project 13 is a policy of the Institution of Civil Engineers, which seeks to make procurement collaborative rather than transactional. Earlier this year, Crossrail CEO Mark Wild told CN it should be more widely adopted on future projects.

Such an approach would see the supply chain place more importance on the overall project rather than their individual contracts. Bailey said: "If you decide to let your contract as individual contracts, you can't expect the contractor is optimising that ecosystem; the only way you do that is to change the ecosystem."

To overcome this, the client would have to contract directly with the material suppliers, Bailey said, rather than putting that in the hands of the contractor, which would increase the risk to clients.

Despite the failure to build the single precast factory, Bailey said contractors had embraced offsite construction on the £4.1bn tunnel, even to the point of investing in experimental solutions.

He said: "We have to line our tunnel with a secondary lining for added durability, and that would be normally in situ concrete. We wanted to try and do that as a pre-cast secondary lining, which would be quite unique.

"Ferrovial, Laing O'Rourke, Costain, Vinci, Bachy [Soletanche] and Herrenknecht came together in a very rigorous investment programme of several million pounds to see if we could develop this. And in the end, I'm afraid we weren't successful. But we did try very hard and were driven by a desire to be modern and to increase the amount of manufacturing."

Tideway revealed this week that it remains on course to meet its revised 2025 completion date and £4.1bn budget, as announced in August.