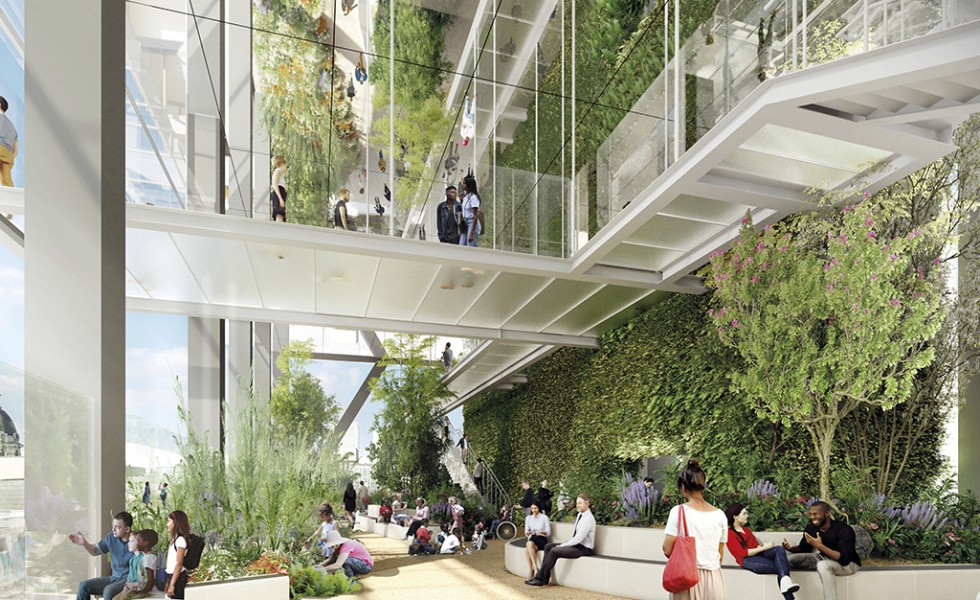 Tall order: will skyscrapers still go up after lockdown?

he COVID-19 pandemic has dramatically changed working patterns in the UK. With a large proportion of the population working from home for much of the past 13 months, offices have sat empty. The assumption that many employees will want to continue working from home either permanently or occasionally after lockdown has led to predictions that city centres will become deserted places, and that their once-bustling office blocks will remain largely vacant.

In the years leading up to the pandemic, UK cities saw a boom in the construction of tall buildings; the number of skyscrapers under construction or in planning increased each year and new additions dramatically changed the skylines in London, Manchester, Birmingham and elsewhere. Commercial tall buildings provide office accommodation for thousands of people, so will changing work patterns sound the death knell for the trend to build skywards?

Demand falls off a cliff

Developers responsible for the latest generation of office towers to shape the City of London skyline are bullish about the future, but they do think they will have to provide something different to entice home-based workers back from their kitchen tables. Axa IM – Real Assets head of leasing James Goldsmith says: "One year ago, office demand fell off a cliff. No one knew what was happening. We didn't know what the future of the office looked like. But in the last few weeks we have seen a recovery in activity."

He points to Deloitte's quarterly survey of chief financial officers of UK companies. The survey covers the first quarter of 2021 and shows that optimism is at a record high, with two-thirds of CFOs expecting the bulk of their firm's workforce to be back in the office by October.

"What you're seeing is that most occupiers will need to use less space more intensively," explains Goldsmith, whose company owns 22 Bishopsgate – a 202,000 square metre, 62-storey office building that was recently completed by Multiplex. He says the tenants he is attracting are very focused on environmental, social, and corporate governance (ESG) and wellbeing, and want to see this reflected in the buildings they occupy: "They see this as very important to the talent they're trying to attract."

The phrase "flight to quality" is traditionally used to describe the way in which investors shift out of risky assets to buy up safer stocks and bonds during a financial downturn. It has now been taken up by commercial developers, who are using it to describe the current drive for offices of the future to be more attractive places, to have better services and to be better suited to the work that goes on inside them.

"When people do come back to the office, it's not going to be so they can send emails," says Andrew Reynolds, executive director at Hong Kong-based real estate and investment company Tenacity. "There's got to be a real purpose for going to that place of work."

Fred Pilbrow, senior founding partner of architecture and urban design firm Pilbrow & Partners, agrees that the tall buildings of the future will have more emphasis on ESG and wellbeing: "I think we're going to see a new generation of workplace buildings because the office has got to be better to draw people back to work," he says. Pilbrow's firm is the architect for Dutch developer Edge Technologies' first UK building, a 26-storey tower at London Bridge that is aiming for both BREEAM Outstanding and WELL Platinum certification, measures of sustainability and occupant wellbeing respectively.

Tenacity founder Patrick Wong says: "I believe working from home is here to stay, but I think businesses will adopt a hybrid solution. Companies will want their buildings to be fully ESG-compliant, but ESG is not just about the corporate element. Companies are made out of people."

Tenacity recently gained planning permission for two individual buildings on Gracechurch Street (pictured, top of article, and below) in the City of London, numbers 55 and 70, which will be 30 and 33 storeys high respectively. Both are targeting a BREEAM Outstanding rating. The towers' lobbies will be on the first floor and pedestrians will be able to walk through the buildings at ground level.

Tall buildings constructed in the past 20 years in UK cities have often been unusual and instantly recognisable, with designs chosen to ensure they stand out from the crowd. Buildings such as the Shard in London and the Beetham Tower in Manchester were intended to make their mark on the skyline, while others have become household names due to their unusual looks and nicknames like the Cheesegrater and Gherkin.

Peter Rees, professor of places and city planning at University College London's Bartlett School of Planning, notes there has always been a symbolism attached to tall buildings. "Owning a tall building in the City of London or New York is seen as a trophy," he says. "They are icons of wealth."

But Wong believes the visual statement made by tall buildings is not as important as it once was: "In this current cycle, the interior and the ground plane, and what's surrounding the buildings, are more important." Gaining planning approval for an "iconic building" is more difficult, he says.

He adds: "Some people focus too much on the skyline, but I focus a lot on the street level, and I think it can get more exciting. We will do that with our two buildings, and I hope others will do that, too." In previous eras, according to Wong, developers tended to focus on their individual buildings. Now, he says: "I'm thinking about how we can improve our area. If we can instigate a tiny paradigm shift in the area, that's amazing."

Wong believes the trend for tall buildings will continue, "as long as the group or person whose fiduciary duty it is to ensure the best possible [structure] on that site has the conviction that people in future will benefit from it being tall".

The results of the latest New London Architecture (NLA) annual Tall Buildings Survey, launched in April, show that developers still have an appetite for building tall. The survey showed that, while construction work on tall buildings in the capital almost halved during 2020 as a result of the pandemic, planning permissions are on the up. In the capital alone, there are 587 buildings in the pipeline that are 20 storeys or higher.

Professor Rees says: "Developers will always try to build tall rather than long and low, partly because you can get more on the same piece of land but also because it is much easier to reproduce the same thing floor by floor.

"And it is in their interest to minimise the foundations," he adds. "When you dig into the ground, you are never 100 per cent sure what you're going to find. Most of the unknowns tend to be below ground level, so it makes sense to minimise that risk."

Axa's Goldsmith points out that "towers don't come down once they're up", and advocates a "long life, loose fit" approach, in which the structure of the building is fixed, but the interior is as flexible as possible to accommodate future changes in working practices. It is something Pilbrow is aiming for at London Bridge. "We have looked carefully at embodied energy, which led us to post-tensioned concrete for the frame. But that's not great for flexibility, so we are including flexible zones in structural timber so they can be easily reconfigured."

Prestige office developments often grab the limelight, but in reality almost 90 per cent of the tall buildings in the pipeline for London are residential. If they all get built, they will provide an estimated 92,000 new homes. The picture is similar in Manchester, where 86 per cent of buildings over 20 storeys high that are in planning or construction are for residential use.

Colin Wilson, head of regeneration for Old Kent Road at the London Borough of Southwark, explains why residential towers are an important part of the housing mixture: "We operate a cross-subsidy model, which is one of the reasons tall buildings play a part. They can provide the private sale element that funds really good quality social housing, which is really difficult to provide."

For a number of years, the UK property market has been a prime target for overseas investors. Rees describes the developments that line the south bank of the River Thames in London as "safety-deposit boxes".

"Residential property in major cities has been an investment asset for quite a while now, and it's very difficult to know where else the people who've invested in property in these cities could move their money [to] and get any kind of return or security," he explains. "Most of the money that's parked in property from overseas investors or pension funds is being put into something where it is not going to lose value. Property is still the most secure form of investment. It has nothing to do with demand and use; it's only to do with parking capital."

But the residential high-rise market is also facing challenges as a result of recent events. The fire at Grenfell Tower provoked a major rethink on the safety of tall residential buildings, culminating in the Building Safety Bill, currently going through parliament. The bill will introduce more stringent rules for all residential buildings over 18 metres high or six storeys, with the intention of ensuring there is direct accountability throughout the life of a building from planning and design through to construction and occupation.

Turner & Townsend's safety, health, environment and quality director, Nattasha Freeman, describes the measures as "a culture change for the way we develop buildings in future".

The government has also mooted the prospect of a levy on developers of tall residential buildings, although few details have been announced about how it will work in practice.

The COVID-19 pandemic may also have an impact on residential high-rise design in future, if more people will be working at home at least some of the time. In a statement on the NLA survey, Great Marlborough Estates co-founder Grant Lipton says: "It is vital [that] developers and architects design these tall buildings in line with changing consumer needs. Multiple lockdowns in the past year have led to a desire for access to private outdoor space, communal gardens and parks."