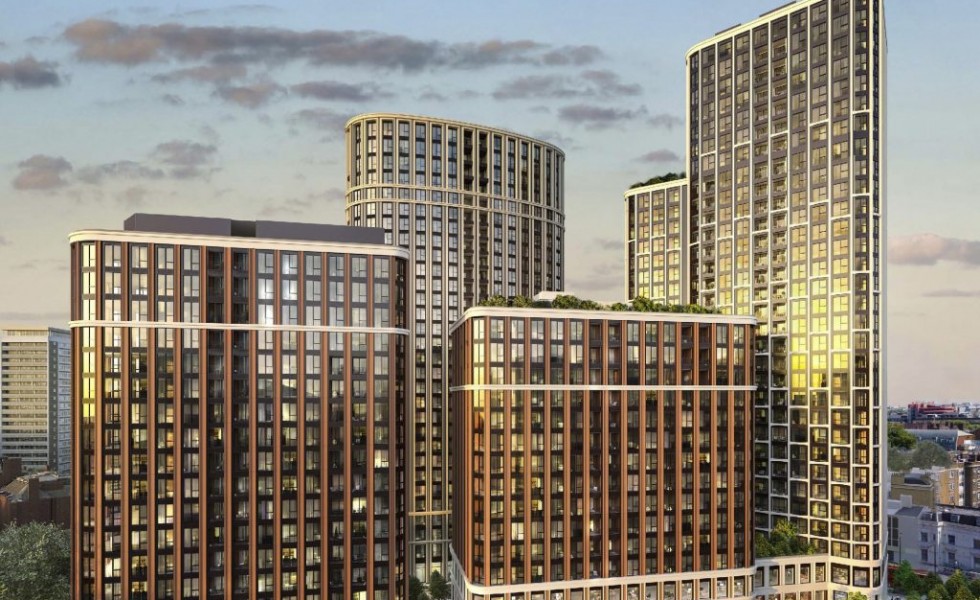 The scheme for developer Berkeley Homes comprises a trio of buildings between 14 and 31 storeys tall on Harrow Road, part of the wider West End gate masterplan.

It involves the demolition of the high-security Met police station, which closed in 2018. The existing building is clad in concrete panels and features a frieze on its Harrow Road façade.

Asked whether the practice had explored whether the station could be repurposed, partner Tim Gledstone said: 'The existing building was a built-for-purpose specialist police station, including extra-high security holding cells that are no longer required by the Met Police, was unsuitable for any other purpose and allocated in local policy for a residential-led redevelopment.'

The scheme comprises 556 homes, of which 38 per cent are affordable, along with new community, retail and office space including 3,000sqft of affordable workspace.

The largest of the three buildings will be a 31 storey 'gateway tower' (Block K) on the junction of Edgware Road and Harrow Road. According to the architect, this building has a slender mass, with a smaller tower acting as a 'lowered shoulder', both will have a Portland stone façade.

The smaller, 18-storey tower (Block I), sits on the corner of Paddington Green, while Block J steps down in height to create a 15-storey mansion block.

The plans have been submitted to Westminster Council.