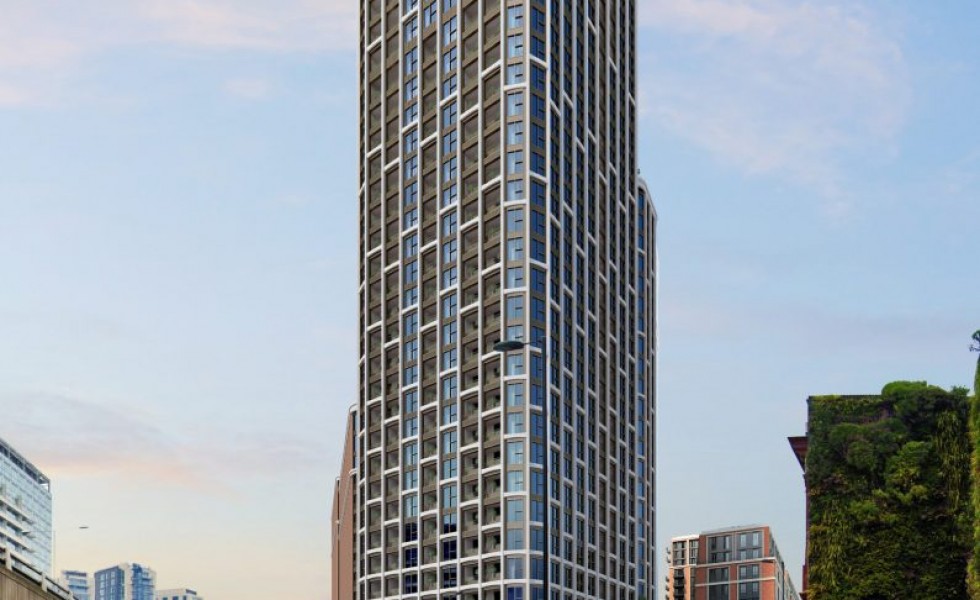 The scheme for Berkeley Homes would have replaced the 1960s Paddington Green Police Station with a trio of building containing 556 homes and 6,200m2 of shop and office space.

The 17-storey Metropolitan Police building held convicted Islamist terrorists and IRA members in its cells but was closed in 2018 after being deemed unsuitable for further use.

Council planners had recommended Squire & Partners buildings for approval, despite fears over some harm to a range of heritage assets, and even though the proposal ran contrary to elements of the London and local plan on tall buildings.

Planners said the development had 'numerous public benefits', including the 'substantial contribution' towards housing targets with a policy-compliant proportion of 37 per cent affordable housing.

They also supported the proposed 6,157 per cent biodiversity net gain on site, a community infrastructure payment of £18 million and the replacement of an 'architecturally harmful building' with a 'well-designed and high-quality replacement'.

And the planners said there would be a 35 per cent reduction on onsite carbon emissions, a significant carbon offset payment made by the developer, as well as an agreement for decant space on the site, which would support Westminster Council's planned redevelopment of Church Street.

But councillors on the planning committee voted five to one to reject the application, citing concerns over the height of the building and its effect on Hyde Park, Regent's Park and Primrose Hill – as well as four local conservation areas, containing four Grade II-listed buildings and two Grade II*-listed buildings.

Councillors also cited concerns over the overshadowing caused by the building, noting that just 23 per cent of rooms in a next-door block, also being developed by Berkeley, would have enough sunlight.