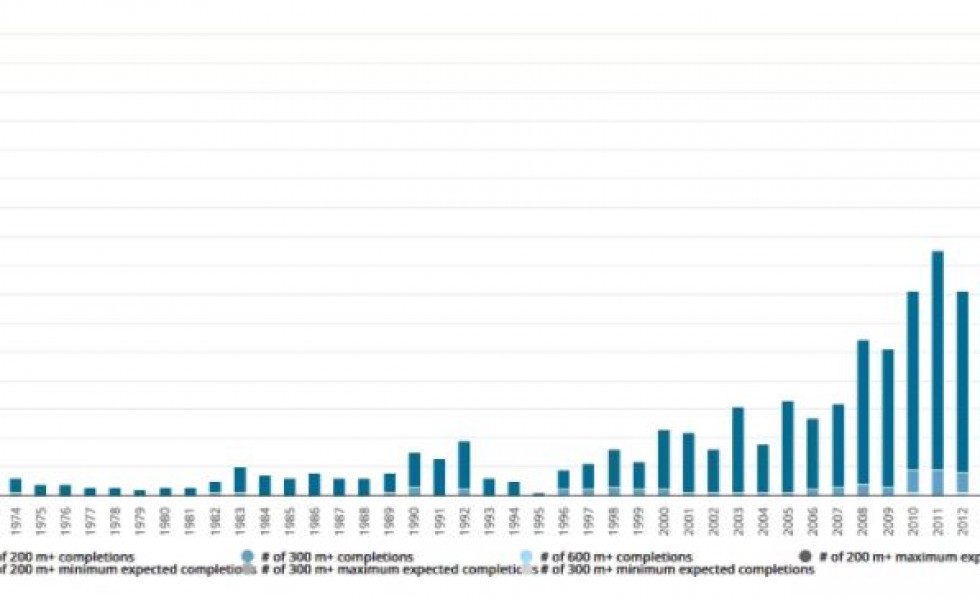 The Council on Tall Buildings and Urban Habitat (CTBUH) has revealed that 106 buildings of 200m in height or greater were completed in 2020, a 20% fall from 2019, when 133 such buildings were completed.

The decline can be partly attributed to work stoppages and other impacts of the Covid-19 pandemic, it said.

The body said it was "anecdotally aware" of nine projects in Malaysia, India and Brazil whose completion schedules were pushed into 2021 as a direct consequence of Covid-19.

However, mandated work stoppages in cities such as New York and San Francisco could not be traced to any specific delays.

It said the results of the pandemic would take time to manifest.

"As tall buildings are often lagging economic indicators, any chilling effect that economic conditions or work interruptions may have had on new project starts, or projects that were under construction in 2020 and were scheduled to be completed in 2021 or later, remains to be seen," CTBUH said in releasing its annual review.

"It must be remembered, the economic crisis of 2008 was not reflected on skylines, in terms of lower completion rates, until 2010 and 2011."

China still dominates the league table for number of skyscrapers built. It completed 56 in 2020, more than half the global total. Its count was down just one from 2019, and down 36 from a peak of 92 in 2018.

The 403-metre-high Nanning China Resources Tower was the year's tallest.

The second-most prolific country was the United Arab Emirates, which completed a dozen in 2020.

India completed three in 2020, all in Mumbai, two of which are in the same complex – World One and World View.