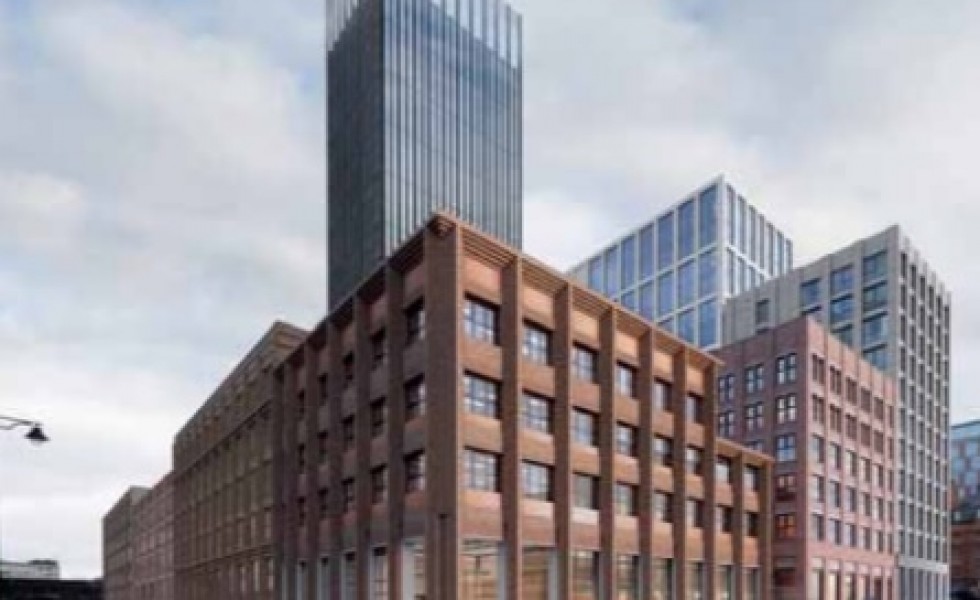 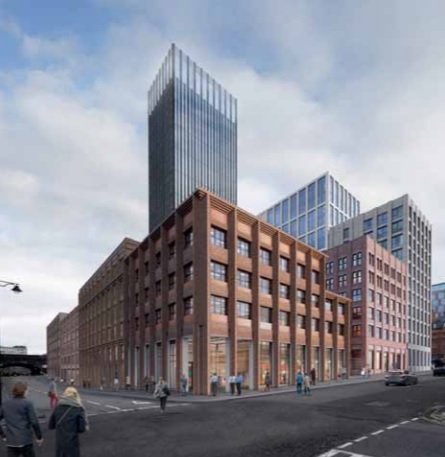 The city council's planning committee voted to approve the AJ100 practice's controversial scheme for the 1ha site on Great Charles Street.
Backed by build-to-rent developer Moda, the scheme will create 772 homes across three blocks that contain a number of roof heights from three floors to 39.
The site, bounded by Lionel Street, Ludgate Hill and Livery Street as well as Great Charles Street Queensway, is currently used by surface-level car parks. However, it is within the Jewellery Quarter Conservation Area and close to a number of protected buildings, including the Grade I-listed Church of St Paul and the Grade II*-listed Cathedral Church of St Chad.
Historic England objected to the scheme due to the harm it would cause to the character and appearance of the conservation area and the significance of heritage assets.
The body said the 'colossal height and scale' of the proposals would need to be 'significantly reduced' to address impact on the historic environment, according to a planning officer report to councillors.
An objection was also received from The Victorian Society, which said the scheme would have 'a negative impact on the character, appearance, setting and significance of the Jewellery Quarter Conservation Area and its listed buildings, as well as on the Grade II*-listed St Chad's Cathedral'.
Planning officers found that, although the height of the tower would cause harm to the conservation area and the setting of various heritage assets, this would be outweighed by a range of public benefits from regeneration of the vacant plot.

The scheme would create 'a unique high-quality living environment with a range of external and internal communal facilities for residents,' added the planning report to committee.

'This is a unique site and we really wanted to do it justice,' he said. 'The engagement process has been rewarding with multiple stakeholders, befitting the scale of development and this transitional site in the city. [This will be] a special place and design influenced by history and context. We look forward to moving forward together through technical and construction stages.'

Moda Living managing director Tony Brooks added: 'Great Charles Street will be a fantastic asset for Birmingham. Moda has a track record of adding value to communities and delivering a housing product that locals want. Working closely with Ryder Architecture, our team has designed a quality scheme reflecting the site's location as an area of transition between the Jewellery Quarter and Colmore Business District, respecting its location within the conservation area. We are looking forward to delivering this important, sustainable project."

He said: 'It will dominate the townscape and several listed buildings and, together with the recently constructed towers at Snow Hill, have a further negative impact on the setting of the Grade II*-listed St Chad's Cathedral.

'This is one of many such applications for tall buildings in and around the historic city centre to which the society is opposed.

'We consider the cumulative effect of these developments completed, under construction and proposed to be highly damaging to the townscape of Birmingham city centre.'

Work is expected to start on site next year.