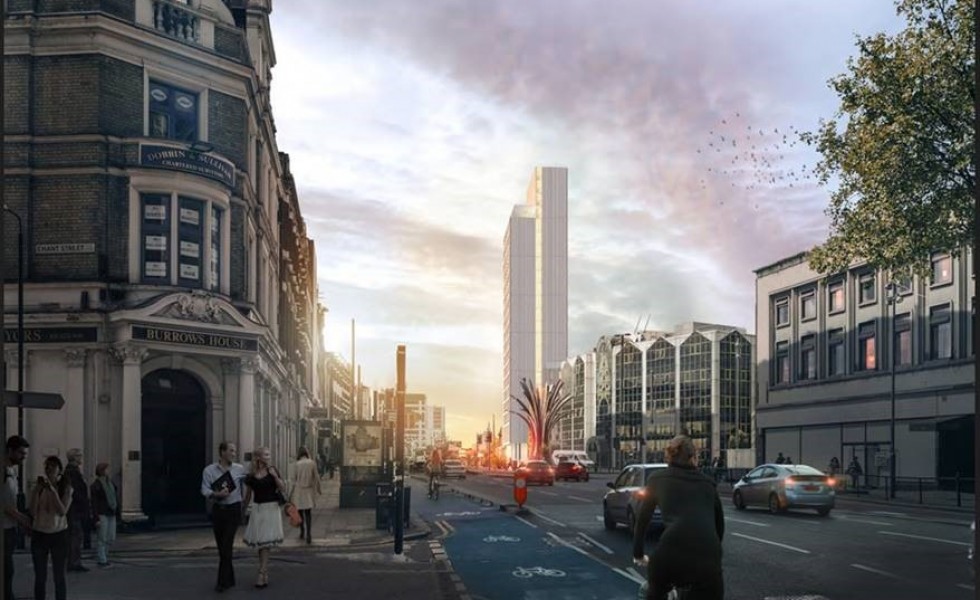 PLP Architecture has reworked its plans for a co-living tower for developer The Collective in Stratford, east London, submitting new designs for a hotel on the site instead

The practice had originally sought consent for a part 10, part 30-storey building on the 0.64ha Stratford High Street plot, with 213 co-living units and 214 serviced apartments.

In 2017 these plans were revised and replaced with a part 4, part 15 storey block with 5,947 sq.m of ‘shared living’ workspace, approved by local planning authority the London Legacy Development Corporation (LLDC).

However the scheme has yet to be rubberstamped by the Greater London Authority, and the co-living developer has now changed tack, with new plans for a 287-room hotel.

The new scheme would see the demolition of the three existing buildings on the site, including the locally listed West Ham Labour Party office, for a 22-storey hotel with co-working space.

The Collective describes itself as creating a ‘global community of entrepreneurs and creative like-minded people’ through its co-living schemes.

Its first UK project, the Old Oak Collective in north west London, is a ‘curated community’ of 400 co-working spaces and 546 bedrooms and was also designed by PLP. Its second branch opened this summer in Canary Wharf, designed by SOM.

In planning documents sent to the LLDC, The Collective said since the Stratford Collective plans were first submitted it had ‘diversified’ its business model to include a ‘short stay offer’.

A GLA Stage Two report for the original 2015 scheme revealed there were a number of hurdles to overcome before it met requirements of the London Plan. These included providing an affordable housing contribution and issues relating to inclusive design and transport.