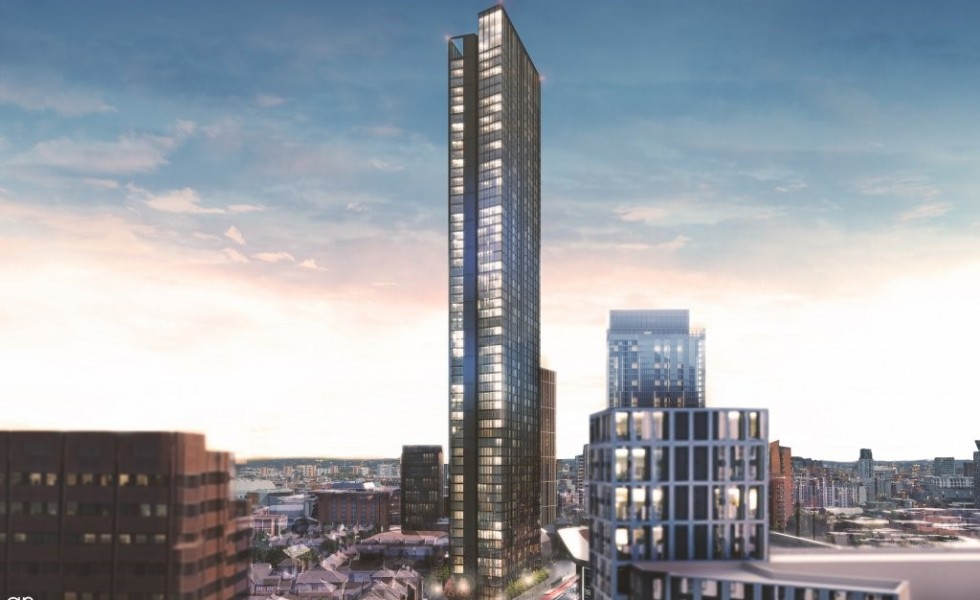 At 193m high the new tower would overtake Birmingham's BT Tower, which has stood as the city’s highest building since 1966.

The new development, proposed for 100 Broad Street in the city centre, is backed by Euro Property Investments and will contain around 500 luxury and residential apartments and ground-floor commercial space.

The tower will also boast the highest sky lounge and fine dining restaurant outside London, within the building’s glazed crown, according to GNA.

A Civil Aviation Authority height restriction of 242m is in place on Birmingham high-rise due to the city centre’s location on a 110m high sandstone ridge.

GNA said its proposal will be the ‘pinnacle’ in a cluster of new tall buildings set to emerge from the Broad Street area, which is in the city’s central ridge zone, identified by Birmingham City Council as appropriate for tall buildings.