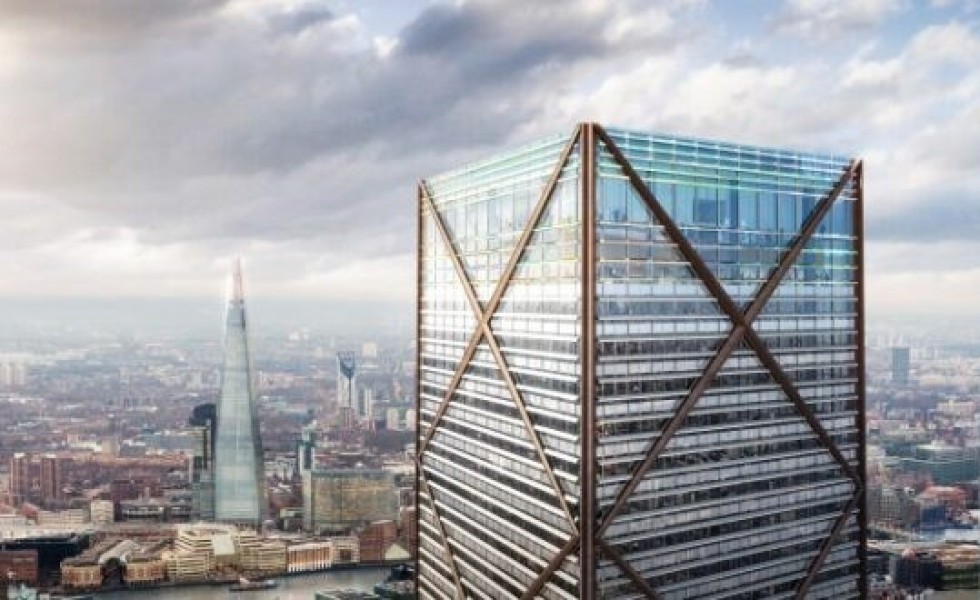 The City of London has given the go-ahead for the 73-storey, 1 Undershaft Tower, informally known as The Trellis.

The 289 m-tall building, next to the Gherkin, will provide 90,000 sq m of office space, with retail space and a large public square at ground level.
The planning decision also allows the demolition of the existing Aviva Tower at 1 Undershaft in the city’s financial district, where the new tower will be built.

Planning was originally granted in 2016, but was resubmitted after developer Perennial Real Estate Holdings backed out of an option to invest in the scheme, according to Construction News’ sister title the Architects Journal.
The tower, designed by architect Eric Parry and developed by Singapore firm Aroland, will have a distinctive design, with visible external cross-bracing used to stabilise the tower, prompting the Trellis nickname.

Plans also include a publicly accessible viewing gallery at the top levels of the building, with a restaurant at level 70.

Its total height will be 304.9m above ordnance datum, a measurement used for altitudes on maps, meaning the building will be the second-tallest in Western Europe after the Shard, which is 309m tall.

Original plans were for the tower to be the same height as the Shard, but this was reduced due to airspace restrictions.

A contractor and construction date are yet to be announced.