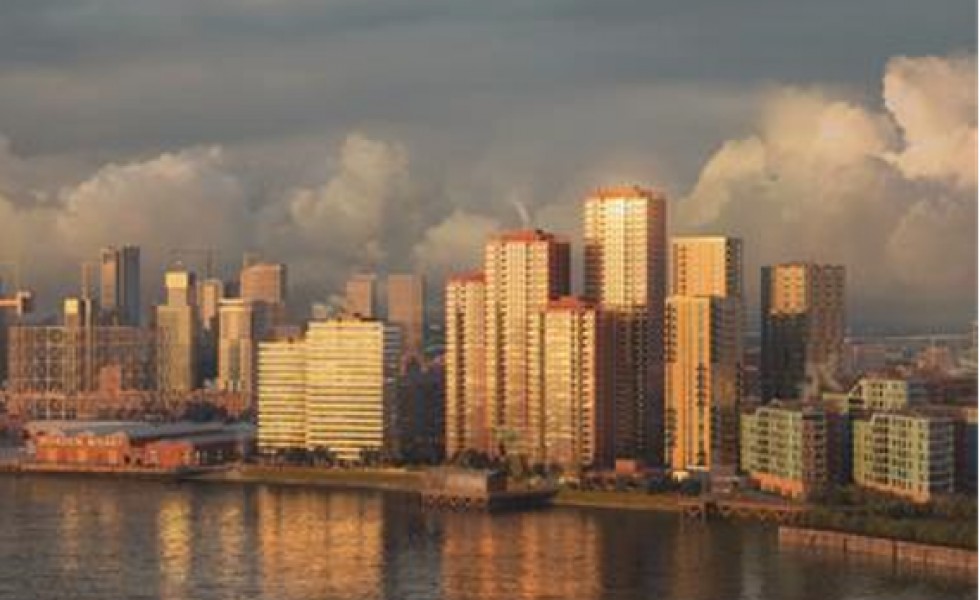 Morden Wharf gets the green light in Greenwich

Morden Wharf will deliver a truly mixed-use scheme including 1,500 homes in 12 high quality, tenure-blind residential buildings (of which 35% will be affordable including a mix of shared ownership and London Affordable Rent with a particular focus on family homes) all set in more than six acres of high-quality public realm including a 4-acre landscaped park opening up more than 275m of Thames riverfront that includes a river beach.

A number of the residential buildings will feature vertical green façades that will help to provide natural screening and improve air quality. The scheme’s landscape design is inspired by the site’s history as a marshland and will add a significant new ecological resource to the area. The park will lead directly off the existing Thames Path and will be fully accessible to the public. The scheme also includes a significant upgrade of the popular Thames Path, increasing its width to 6m for both pedestrians and cyclists.

The open spaces at Morden Wharf will include play and recreation space designed for all age groups, amounting roughly to three-and-a-half football pitches, helping to address the existing deficit of open space in the area. A new public square that will host seasonal events and markets will be laid out where the Thames Path meets Sea Witch Lane, the main boulevard that runs east to west through the scheme. Underground car parking facilities means the public space will cater almost exclusively to pedestrians and cyclists.

U+I’s proposals will also deliver a mix of commercial and employment uses that will create around 700 new permanent jobs. This includes commercial, retail and community use, including smaller flexible spaces for SMEs and creative businesses. Echoing its rich history as a place of industry, a series of maker spaces and light industrial units will sit on the part of the site designated as Strategic Industrial Land. Over 2,400 construction jobs will also be generated over the course of the development programme.

U+I has already agreed a lease with south east London brewery, Brew By Numbers, for a new taproom and brewery to be located in an existing warehouse on the site. It will open with a Riverside Beer Festival on 10 & 11 September 2021. The warehouse is on the site of an old pub, The Sea Witch, that was destroyed by a bomb during the Second World War.  MDM Props, a creative industries business that makes artworks and props for film, television and theatre has renewed its lease to remain in the warehouse,which will be further refurbished.

Morden Wharf is expected to contribute £42m per year in socio-economic value to the local economy.