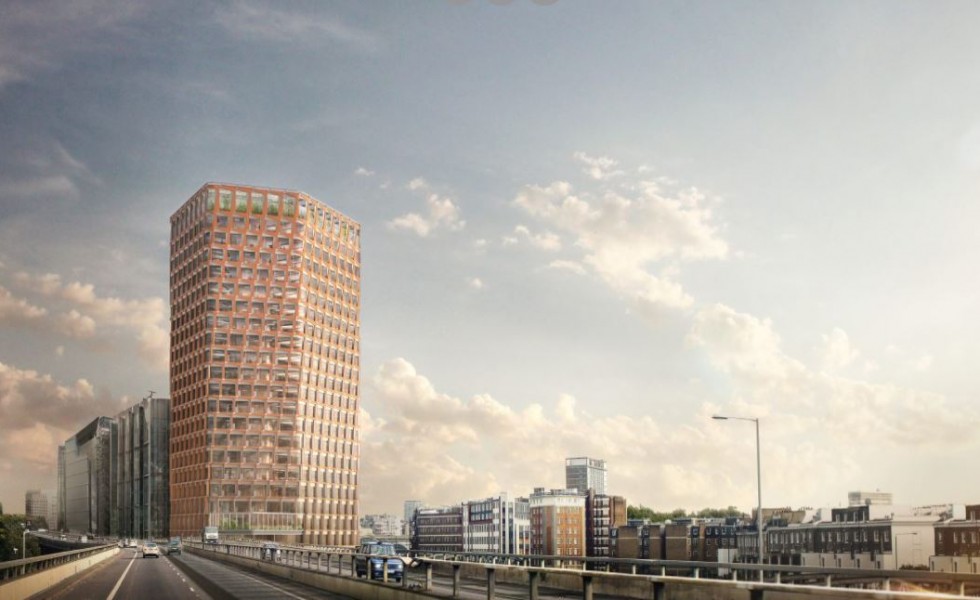 The mayor granted consent for the AJ100 big-hitter's mixed-use scheme at Five Kingdom Street, close to the Westway in Paddington.

Westminster City Council rejected an earlier version of the British Land-backed tower at the start of this year, due to its impact on heritage assets and potential loss of light to neighbours.

In September the local council, although no longer the deciding authority, also voted to object to the latest version of the proposals. The plans had been amended after being called in by the mayor.

Historic England had pointed out that there were more than 40 entries on the Heritage List for England within 500m of the site, and that the building would be seen from Hyde Park and Kensington Gardens.

But a planning report to the mayor said harm to heritage assets would be 'less than substantial' and would be outweighed by public benefits, including a £14 million payment towards affordable housing.

The report added that the development 'would not unacceptably reduce the level of daylight and sunlight to neighbouring residential properties, given the inner-London urban setting'.

'The proposed development has demonstrated that a high standard of sustainable design and construction would be achieved, minimising carbon dioxide emissions, using energy efficiently and including renewable energy, in accordance with the London Plan energy hierarchy,' said the report to the mayor.

Allies and Morrison's scheme will feature more than 48,000m2 of office space, along with 3,900m2 of affordable workspace, 3,390m2 of flexible commercial/leisure/cultural space, some shops, an auditorium, a public garden, and an education and community area.

In a joint statement to the AJ before the council decided the initial application, British Land and Allies and Morrison said it followed one of the most extensive and wide-reaching community consultations the developer had carried out for a single development.

They added that responses influenced the design, including the inclusion of the pedestrian and cycle link to reconnect north and south Westminster.

'The mixed-use building will provide an eco-system of employment spaces that meet a range of occupational needs from highly flexible, low-cost workspace for local start-ups, growing scale-ups and space for established global businesses,' the statement added.

'We have committed to providing dedicated space for community and educational spaces as well as the potential for leisure, culture and food and beverage offers.

'We believe this vibrant combination of uses will provide strong benefit to local people and make Paddington Central a truly mixed-used destination appealing to a broad range of visitors at different times of the day and week.'

Following the mayor's approval, Alex Wraight, partner at Allies and Morrison, described the decision as 'recognition of the positive impact Five Kingdom Street will make locally, to the borough, and an important confidence boost for London'.