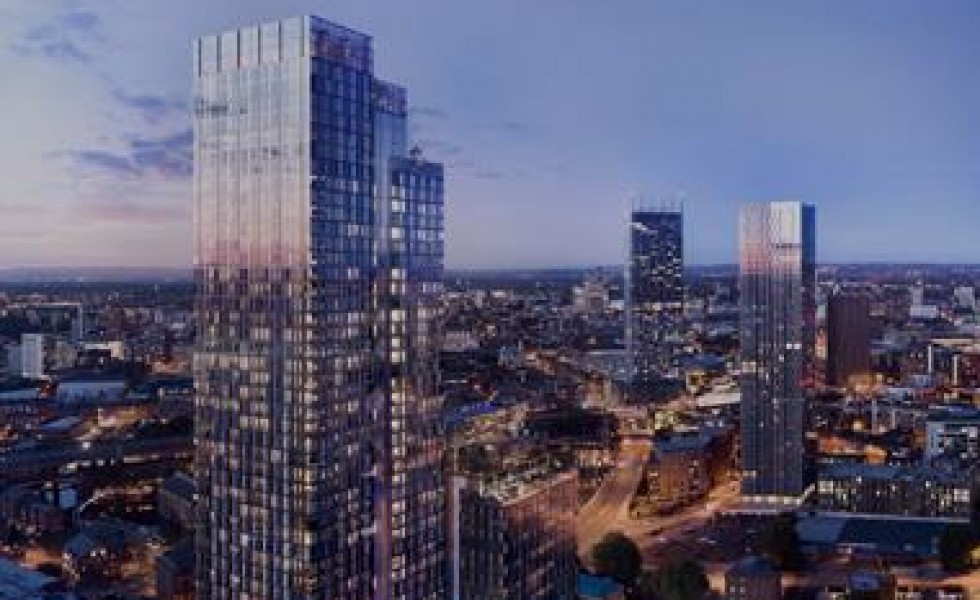 With an estimated gross development value in excess of £230m, Crown Street’s Elizabeth and Victoria towers will seek to meet demand in a city that has one of the highest proportions of young workers in the country.

The development will consist of two towers reaching 21 and 52 storeys respectively, providing a combined total of 664 homes. The taller of the two towers will offer 360-degree views across the city and offer a resident’s lounge, a rooftop garden, a co-working space and one of the highest swimming pools in western Europe which is located on the 44th floor.

Ellis Sher, chief executive & co-founder of Maslow, said: “We are delighted to be supporting the delivery of a scheme of such scale and quality by such an accomplished and experienced developer. Despite the political and economic uncertainty, all the parties involved have done what they said they would do and remain focused on the delivery of this important project.

”It’s easy to lose sight of the housing shortages that many parts of the country face with all the Brexit noise around us. It’s important to Maslow that we support high quality developers throughout the cycle, ignoring some of the near-term volatility and focus on the long-term fundamentals.”