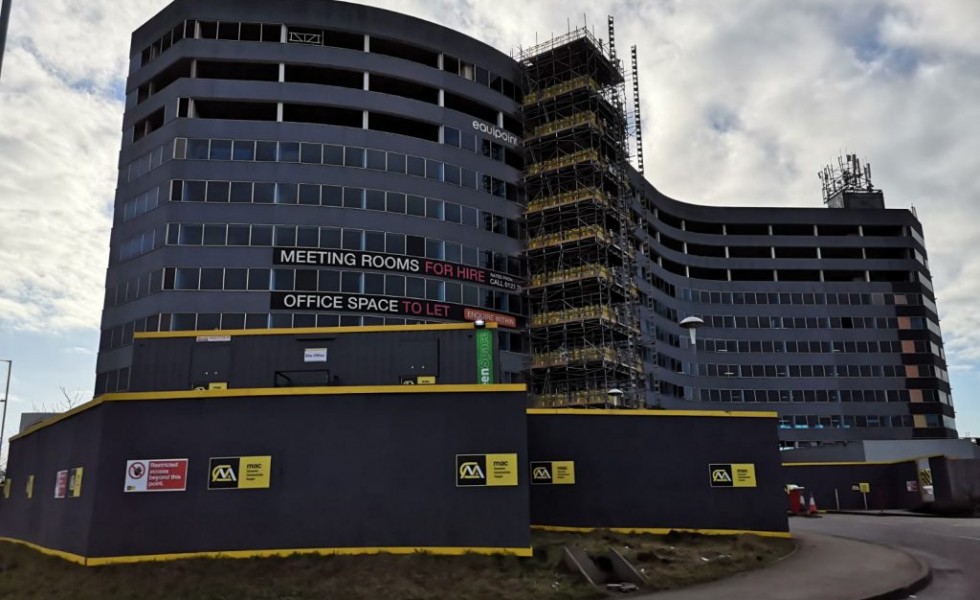 Mac-group will undertake a £17m comprehensive renovation of the Equipoint building, including all the installation of all M&E services, new thermal-efficient windows, insulation and new lifts. It will also add a roof-top extension, which will be used for additional apartments.

The site, adjacent to the Swan Centre development on the A45 in Yardley closed in 2019 and landlord/owner Urban Village Group(UV) is now preparing to transform the site into 247 one- and two-bedroom apartments for rent and to buy in a £36m scheme. Work has begun on site and completion is expected in Q2 2021.

PMP Consultants have been appointed as the project manager and quantity surveyor, and Nolan Associates are the structural engineers.

Ray O'Sullivan, director at mac-group, said: "This is a significant development, transforming a well-known office building in a very prominent and well-connected location into much-needed homes."

Nick Sellman, chief executive of Urban Village Group, said: "We are enormously excited at the prospect of transforming one of Birmingham's major landmark office buildings into a fantastic PRS development providing high quality homes for hundreds of people.

"The scale of this development clearly illustrates our ambitions to become a major force in the PRS sector.

"Equipoint is in a fantastic location and will be very popular with people working in the city and those that need to travel to London or further afield by train, plane or car."