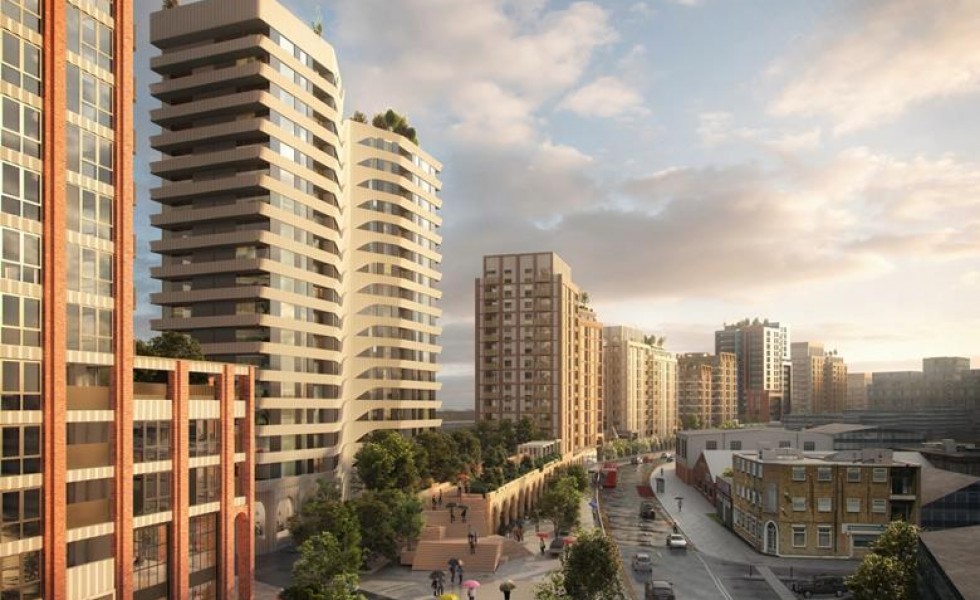 London tower applications fell by a quarter in 2020

Planning applications for tall buildings in London dropped by almost a third last year, according to the latest annual tally of high-rise construction activity.

New London Architecture's 2021 Tall Buildings Survey found that last year in the capital work started on just 24 buildings of 20 storeys or more – down from 44 in 2019. According to the report nine in every 10 tall buildings in the capital's pipeline were residential.

The round-up acknowledges the impact of covid-19 on the construction sector, but points to a "rebound in developers' confidence" after the initial economic shock of the pandemic.

According to the data, planning applications for tall buildings fell by 27.1% overall – with the vast majority of proposals submitted during the second half of the year, suggesting optimism began to return after initial fears that the pandemic would trigger a profound economic collapse or a permanent shift in demographics.

The report says the total number of applications for tall buildings was 78 in 2020, down from 107 the previous year.

However the survey, produced in partnership with real estate consultancy Knight Frank, also reported a 10.8% increase in approvals for tall buildings granted by planning authorities, with 72 full permissions granted during the year – up from 65 the previous year.

The survey said the capital's total pipeline of tall buildings – including those in planning or construction – stood at 587 last year, up from 544 in 2019.

New London Architecture chief curator Peter Murray said the capital would have no alternative but to embrace the development of new residential towers to keep up with demand for new homes.

"If London is to deliver anything like the number of homes the city needs there will be an ongoing pressure to build taller buildings," he said.

"With boroughs having greater powers around location and scale, west London boroughs that are experiencing negative local responses to new development may struggle to meet their number targets while east London boroughs where there is less resistance to high rise will continue to come top in the charts."

The report named Tower Hamlets in east London and Southwark and Greenwich in south London as "hotspots" for tower development. It also said there was a "strong trend" of demand for taller buildings in the capital's suburbs, with outer London now accounting for 37% of the tall building pipeline.

Knight Frank head of planning Stuart Baillie said the research underpinning the survey indicated "a returning confidence" in delivering high-rise development in the capital in the medium and long term.

He said that the "upward trend" of planning approvals across London indicated planning authorities and developers were working collaboratively to arrive at positive planning determinations.

But Baillie noted that the new London Plan puts more responsibility on local authorities to define appropriate height and location for tall buildings, which he said could temper that trend.