Twitter: Providing unique insight into the engineering feats that are shaping the UK's city skylines, and recognising excell… https://t.co/AIJnggzt4o        Leading innovators of thermal and acoustic insulation for the construction industry, #ThermalEconomics are premium… https://t.co/FYxdBb9bB3        #TallBuildings 2019 Testimonial: "A very good conference with excellent speakers and content. Very enjoyable and in… https://t.co/VUsI6LnmzO        The #PostTensioningAssociation promotes the use of post-tensioning in buildings, bridges, silos and tanks, ground f… https://t.co/pbaxQpNRzk 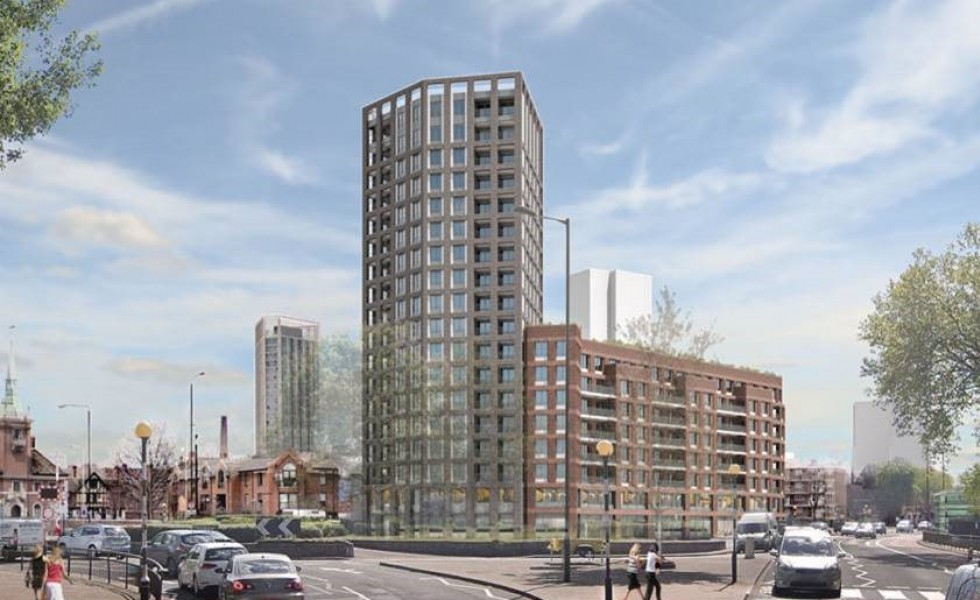 "The Brooklyn" will provide 150 homes alongside 25,000 sq ft of office space and is designed by architects Lifschutz Davidson Sandilands.

The scheme will be 18 storeys high and will occupy a site called St Olav's Court next to the Rotherhithe Tunnel.
Planning permission will now be sought from Southwark Council after Southern Grove exchanged on the site last week.

The development is near a 53-acre site south-east of Canada Water Station that has become a major redevelopment focus for Southwark Council under its Canada Water Area Action Plan.

Planning permission for the new 'town centre' was granted for British Land's scheme in October, promising a £3.3bn facelift including 3,000 homes that will help turn the whole Canada Water area into a major regeneration centre.

Tom Slingsby, CEO of developer Southern Grove, said: "The Brooklyn is a fantastic addition to this site and will provide a healthy boost to housing and commercial stock in Canada Water, which is one of the capital's regeneration hotbeds.

"People living here really will feel like they are within striking distance of central London. They will be able to hop on the Tube and be in the City, Canary Wharf or any corner of the capital in minutes.

"Canada Water is going to be put on the map in a bold new way by the extensive regeneration that is going to take hold over the next 15 years and our own scheme will complement that effort."