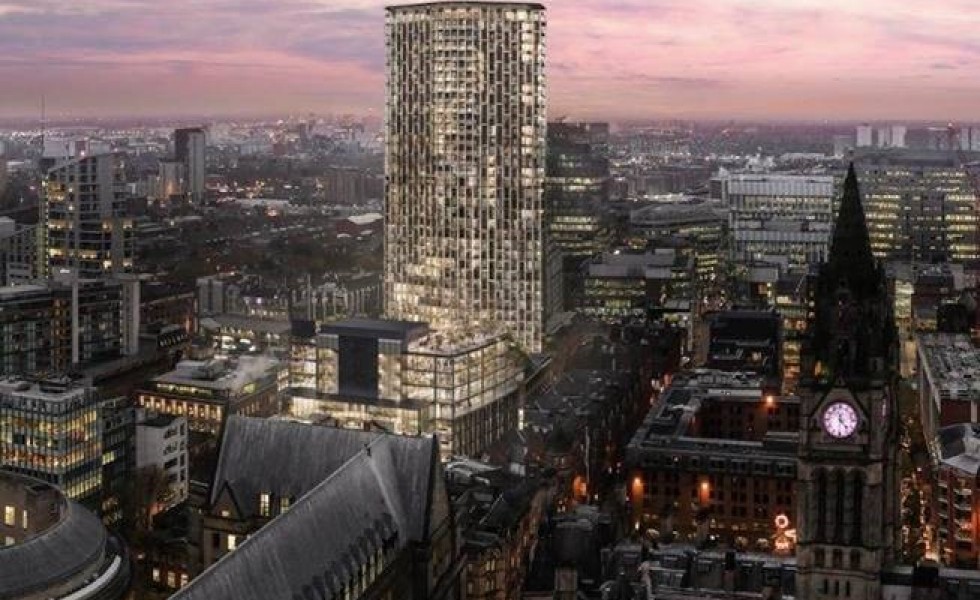 Design refinements for the scheme have been submitted to Manchester City Council, with the aim of starting construction in the late summer. Located in Deansgate, the St Michael’s scheme will consist of a landmark 40-storey tower and stepped extended podium building, designed by architect Hodder and Partners.

The top of the tower will house a single penthouse split over two levels with terrace at each end The main tower will boast a five-star 191-bedroom hotel and 181 luxury apartments. There will also be 160,000 sq ft of offices in a 9-storey stepped building forming part of the podium to the east of the main tower. This will include rooftop bars with a large outdoor rooftop terrace. Office building forms part of the podium for the main tower and includes an outdoor rooftop terrace.

The next stage of the detailed design process has been completed by the team with Laing O’Rourke an integral part of this, supporting the design, quality, form and function set out in the planning consent.

Céire O’Rourke, Laing O’Rourke Director, said: “We are delighted to have been appointed by St Michael’s Partnership to deliver what will become a landmark development in Manchester’s city centre. “We will be using modern methods of construction with a high percentage of the development being manufactured off-site and assembled on site. “These methods, known as Design for Manufacture and Assembly (DfMA) minimise disruption, vital in such a tightly constrained site and give the client more certainty in terms of the programme timetable.” Gary Neville, on behalf of the St Michael’s Partnership said: “We’re delighted to officially announce Laing O’Rourke as construction partner on St Michael’s. “The level of input given by them and the team really puts us in a good position to progress swiftly with the final stage of design early in 2020.” St Michael’s is set to contribute nearly £33m to public sector finances through the business rates generated by the high-quality office, leisure and commercial space. It is estimated that St Michael’s will sustain 500 jobs during the construction period. Source: Building.co.uk
Speakers