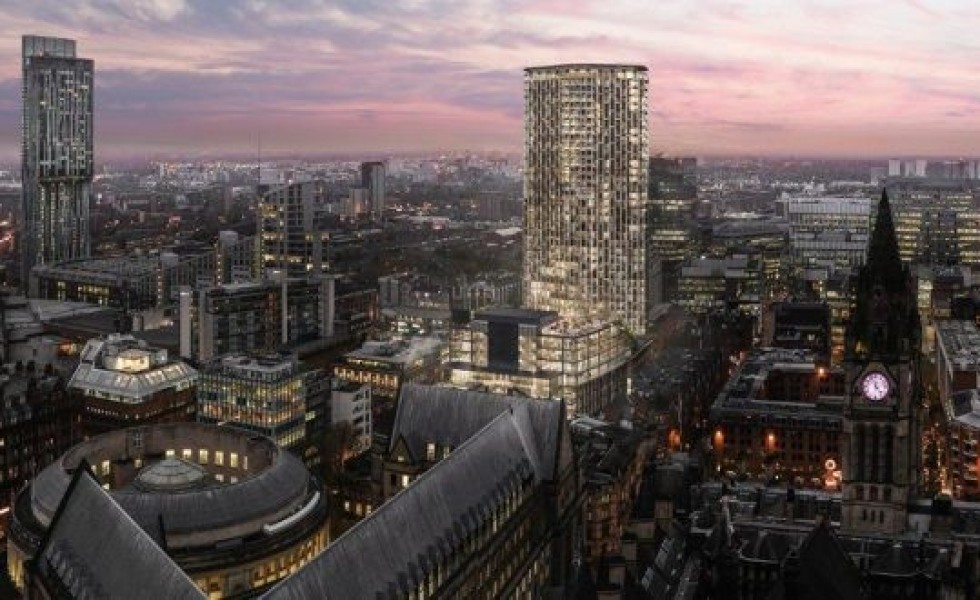 Laing O’Rourke has been confirmed as construction partner on the £200m St Michael’s scheme in Manchester, which is backed by former Manchester United footballers Gary Neville and Ryan Giggs.
The scheme will see the delivery of a 40-storey tower containing a five-star 191-bedroom hotel and 181 high-end apartments, close to Manchester Town Hall. It is being developed by the St Michael’s Partnership, a consortium of investors that includes the ex-footballers.
The contractor has been confirmed on the scheme and announced it will be delivering much of the project using offsite methods.
Original plans for the site were for two 31 and 21-storey towers, but this plan was rejected in 2017. Following a radical redesign, it was given the green light in June 2018.
Laing O’Rourke director Céire O’Rourke said: “We will be using modern methods of construction with a high percentage of the development being manufactured offsite and assembled on site.
“These methods, known as Design for Manufacture and Assembly (DfMA) minimise disruption, vital in such a tightly constrained site and give the client more certainty in terms of the programme timetable.”
Gary Neville, on behalf of St Michael’s Partnership, said that the level of input from Laing O’Rourke “puts us in a good position to progress swiftly with the final stage of design early in 2020”.
Design amendments have been resubmitted to Manchester City Council, increasing its planned office floor space contained within to 18,660 square metres and cutting the number of parking spaces by 33 to 103.
Construction work is expected to start on site in late summer 2020.