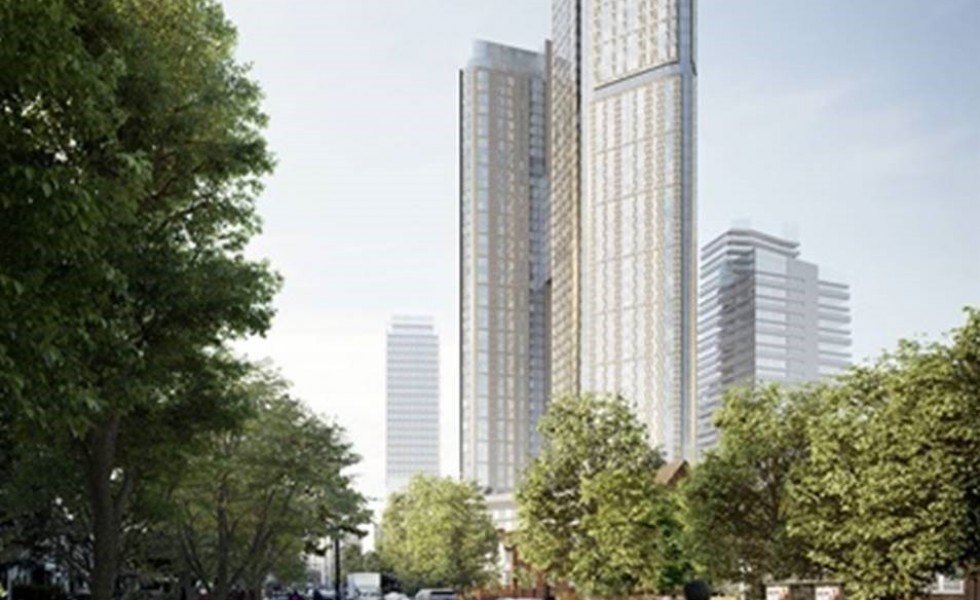 A KPF skyscraper scheme in Acton is set to become the tallest residential building in London after the plans were approved by Ealing Council.

The two towers will be connected by a 'sky bridge' between the 26th and the 34th floors and will also be joined by a podium at the base.

This podium contains a 159-bedroom hotel and office conference space, while the 702 residential units will be contained within the towers.

Last year the Greater London Authority flagged its concerns about the ALDAU Development scheme, arguing that at 237.3m, it raises 'a range of visual, functional and environmental issues'.

However planners at the west London borough recommended approval, arguing it was a 'well-designed scheme' which has benefited from a creative but also carefully measured design approach.

The report said: 'The presence and prominence of the scheme needs to be acknowledged together with the harshness of the immediate surrounds, in particular in relation to its exposure to the southern aspect alongside the A40.

'In its own context, the scheme will act as a catalyst for change in the surrounding area whilst providing an acceptable balance of employment generating uses and animated street frontages, combined with a substantial amount of much-needed housing and including a significant number of affordable homes.'

The scheme is located within the Old Oak and Park Royal Development Corporation area.