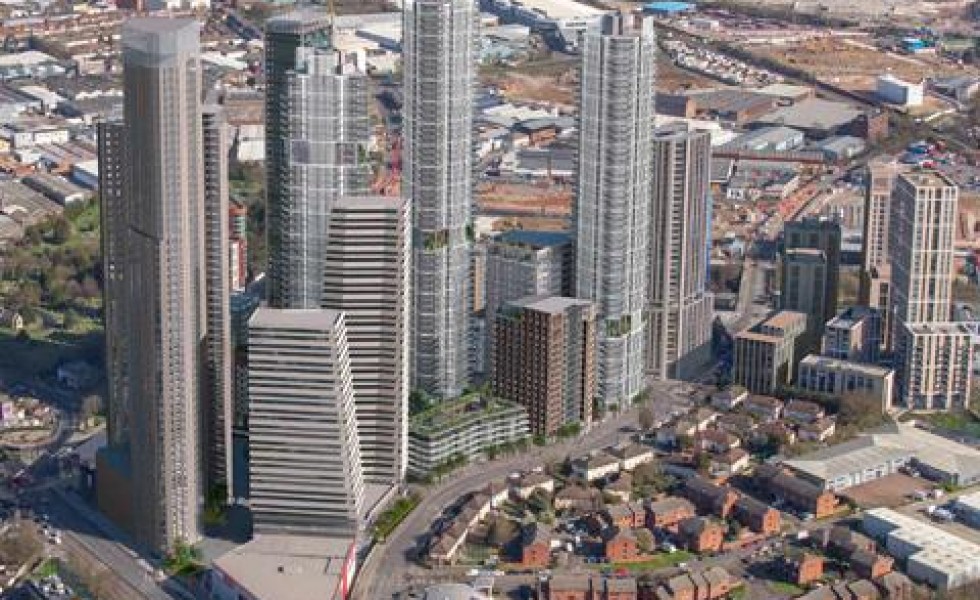 Imperial College London has submitted proposals to build up to 1,325 new homes and thousands of sq m of commercial space in west London.

More than one-third of the new flats would be in a single 56-storey tower, designed by project architect Pilbrow & Partners. The practice's seven-building scheme at North Acton also contains two 51-storey blocks, each of which would have around 400 homes.

The university and development manager Frame RE said the plans would provide a "thriving new heart" for the neighbourhood, which is part of the Old Oak and Park Royal Development Corporation opportunity area and close to the new Crossrail station and HS2 hub.

The project is earmarked for the One Portal Way site, which is currently occupied by the headquarters of retail giant Currys. Imperial College's endowment fund acquired the site in 2016.

Imperial said its plans would also deliver 384 co-living studios, shops, community space and a 0.7ha public garden. One of the project's seven buildings is a 19-storey office block that would provide 17,477sq m of workspace.

A 17-storey building included in the plans could either serve as a 260-room hotel or provide 11,633sq m of office space.

Imperial and Frame said One Portal Way was the "largest and most centrally-located site in North Acton" and represented a "significant opportunity" for improved public realm.

"The proposed scheme maximises the site's potential to knit together other developments, forming a new vibrant place," they said.

They added that 35% of the new homes for rent and sale would be "affordable", responding to "critical need" to retain talent near to west London's "growing innovation hubs".

"On top of this, the scheme includes mix of coworking space, studio space and purpose-built workspaces," Imperial and Frame said.

"The proposals will bring between 1,200-2,000 new jobs to the area, greatly boosting economic activity and spending in North Acton."

Landscape architect for the project is West8.