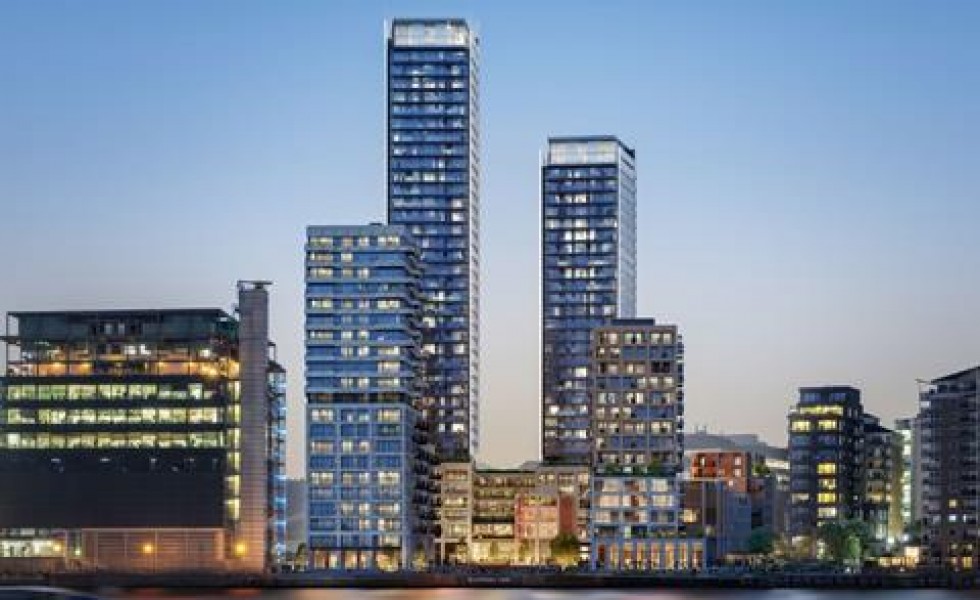 A Glenn Howells Architects-masterplanned cluster of towers close to Canary Wharf have been given the green light.

The scheme for Hadley Property Group, which includes 35% affordable housing, will also see a grade II-listed dock restored and transformed into an outdoor "wild swimming" pool.

Three architects have designed different parts of the 2ha development, which will include a total of six blocks.

Two Glenn Howells-designed towers standing at 33 and 38 storeys in height and linked by a large podium will be built at the north of the site.

On the banks of the river, two residential blocks designed by White Arkitekter will rise to 15 and 20 storeys.

And Panter Hudspith has designed three blocks to the north-east of the site including a nine-storey building containing the scheme's affordable housing.

The site, which is just across the Thames from the O2 Arena, has been inaccessible to the public for the last three decades.

It sits on the eastern edge of one of London's oldest docks, Blackwall Yard, which was first opened by the East India Company in 1617.

Following its closure in 1987, the dock was included in a never-realised masterplan by developer Rosehaugh Stanhope.

In 2005, Squire & Partners was given planning for a scheme providing 700 homes across six blocks up to 29-storeys in height but this was also left unbuilt.