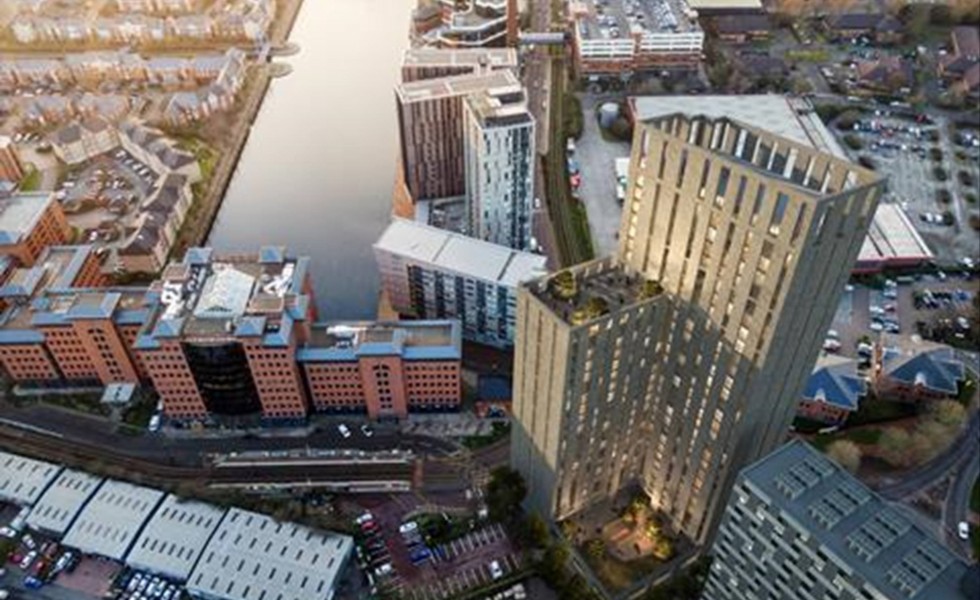 Manchester developer Cole Waterhouse has been given the green light for a £75m tower in Salford Quays.

The 29-storey mixed-use scheme, known as Anchorage Gateway, will include 4,000sq ft of commercial space and 27 residential storeys providing 290 homes.

First given outline consent in November last year, it has undergone a series of design changes since then including the amount of commercial space to allow for two shared terraces for residents and several rooftop penthouse apartments.

The latest designs were cleared by Salford city council at the end of last week.

As part of its agreement with the council, Cole Waterhouse will pay £1.3m to spruce up three nearby parks and a cemetery along with transport and highways improvements.

Work will start on site early in 2021 following the appointment of a main contractor later this year.

The developer is already on site just across the river Irwell with No1 Old Trafford, also valued at £75m. The two-tower 245-home scheme is being built by Domis Construction next to the eponymous football ground.