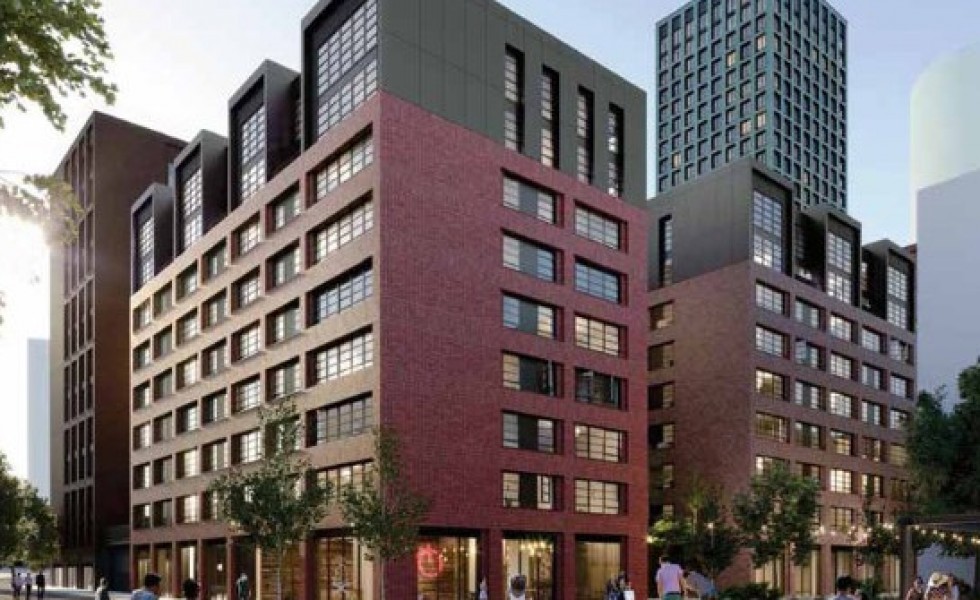 Proposals for a 30-storey tower in Birmingham city centre as part of wider plans to create more than 500 apartments have been recommended for approval.

Land bounded by Sherlock Street, Bishop Street and Hurst Street has been earmarked for the proposed scheme by Watkin Jones Group.

Currently occupied by six commercial properties, the land would be transformed into a number of buildings ranging from five, nine to ten, 11, 12, 13 and 30 storeys.

Designed by Glenn Howells Architects, the scheme would feature 228 one-bed, 290 two-bed and 33 three-bed flats, a total of 551.

There would also be room for 36 cars and more than 600 bicycles as well as ground floor commercial space.

It is anticipated that the project will create approximately 240 temporary jobs during construction and 85 jobs during the operation of the development.

A document submitted on behalf of the applicant with Birmingham City Council – whose planning committee meets on 24 June - said: "The Sherlock St site represents a huge opportunity to create a new residential destination in the city, with a unique offer in terms of amenity and quality of living.

"The final scheme proposals have been developed following a thorough analysis of the surrounding physical, political and socio-economic context, to ensure that the layout, scale and architecture are an appropriate design response.

"The extensive design brief and input from the client's experience of BtR has provided foundations for the functional and spatial requirements of the building, whilst the key design principles and rigorous design process have shaped the final proposals into a place with a true sense of community where people will want to live.

"The layout of the proposals redefines the city block, repairing the edges and urban street scene lost with the gradual erosion of the urban grain in recent years.

"The massing of the development respects the proposed shoulder datum height of the Rea Valley Urban Quarter and maintains gaps between the buildings to improve the daylight to the landscaped spaces."

A report for the council said: "The proposed development is of high design quality, contributes to the city's identified housing need, provides a publicly accessible pedestrian route and a range of ancillary uses that would support the emerging residential community in the Rea Valley Urban Quarter and will provide 47 affordable housing units on site."

The scheme has been recommended for approval, subject to conditions.