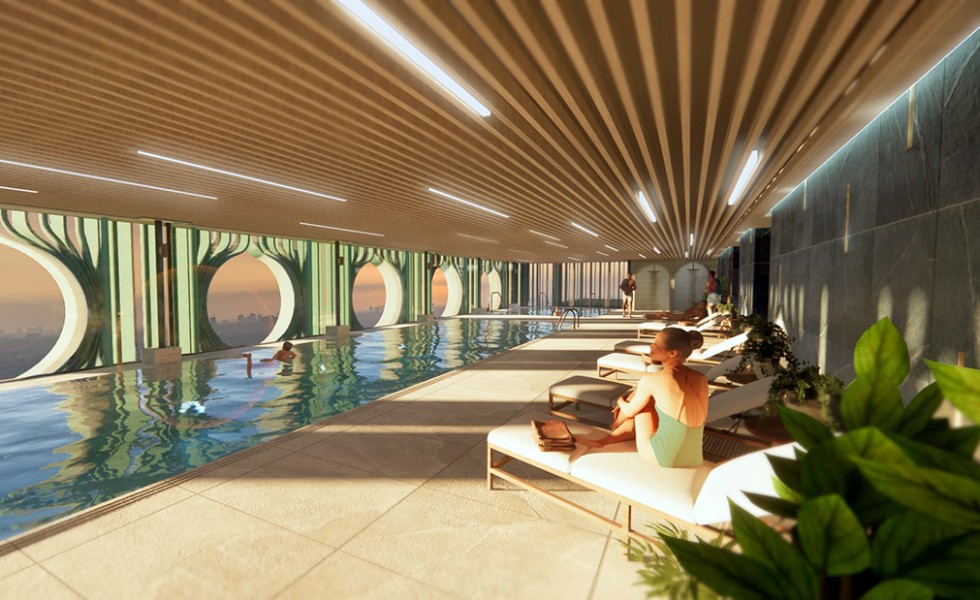 Local developer Bruntwood Works has lodged an application to build a £93m office tower in Manchester.

The 18-storey building, known as The Alberton, will host offices, but also include a pool on its rooftop as part of its vision to combine wellbeing facilities and work spaces.

Hot and cold treatment rooms, a fitness studio, yoga terrace, a physiotherapy room and shower areas are also planned for the rooftop. The bottom floors will have cycle storage, restaurants, bars, cafes and a pay-as-you-go co-working area.

The building will be net-zero in operation. It will feature glazing detailing to reduce solar gain, ambient loop heating and cooling for more energy efficiency, and zonal control.

A system has been installed to recycle heat generated by the building, which will be reused. Where possible, recycled materials will be used in construction as well.

"We understand that the way we work and live has changed for the long term, so we wanted to give our customers a space that suits their changing needs, and helps to promote a working environment where they can thrive professionally but also personally," she said.

Work on site is due to begin by the end of this year, with an expected delivery date of early 2025.

Domis Construction has been appointed to work on a 40-storey tower in the Manchester city area. BAM Construct is said to be in final talks to build a government office for 2,500 civil servants in the city.