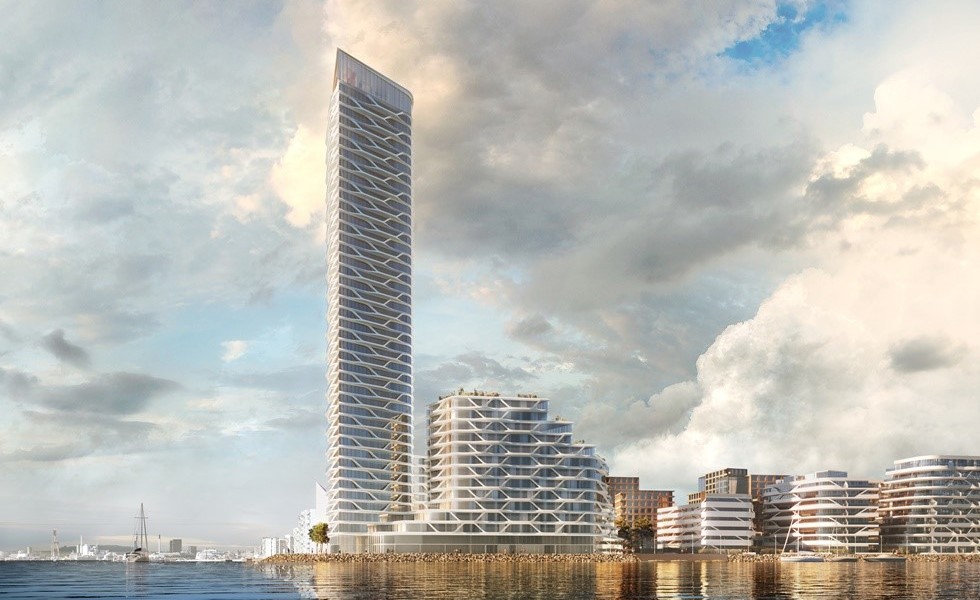 The Copenhagen-headquartered firm, whose last major involvement in a UK project was on the controversial Museum of Liverpool a decade ago, has been appointed by British Land to build an all-new skyscraper scheme at 2 and 3 Finsbury Avenue Square.

The appointment spells the end for an earlier 32-storey office skyscraper, designed by Arup Associates, which was given the green light three years ago. It is understood the latest scheme must fit within the massing and height of the already-consented 61,867m² proposal.

3XN’s founder and creative director Kim Herforth Nielsen said: ’Finally, after trying for so many years, we have had some success in the UK. It is very exciting for us to be working in London. Despite Brexit, London is a very open city to the rest of the world and you can do things that you can’t in many other places. It is Europe’s only real metropolis.’

Describing the project’s concept, he added: ’The scheme has been designed to enable new ways of working. The tower isn’t just an extruded floor plate. There are green spaces throughout – it is more like a vertical low-rise.

The Broadgate tower will not be 3XN’s first skyscraper. The international practice saw off the likes of Morphosis to win the Quay Quarter Tower close to the Sydney Opera House in Australia five years ago. It is also working on a skyscraper at the heart of Toronto’s Church and Wellesley district.

Both of Foggo’s existing Broadgate buildings, which currently house, among other tenants, architect BIG’s London studio, were granted immunity from listing by the Department for Culture, Media and Sport in November 2016 (see AJ 11.11.16).

A future timescale for the scheme is not yet known.