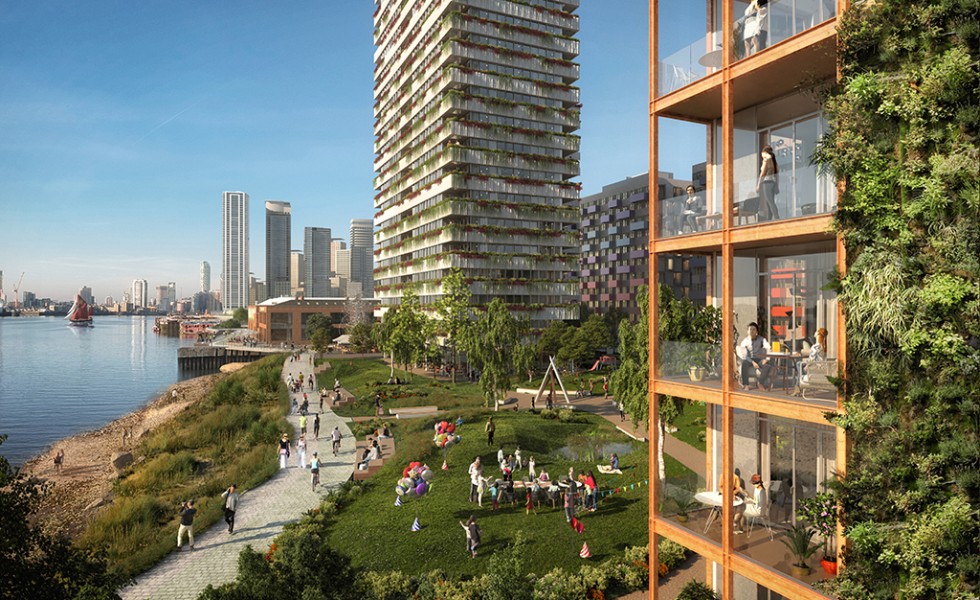 A project to build 12 residential buildings in Greenwich has got the green light from the local council, despite objections from the local MP and residents that the towers would be too tall.

Developer U+I will deliver 1,500 homes to the area through the towers, 35 per cent of which will be affordable housing. It was approved by the Royal Borough of Greenwich yesterday. The project, which has a reported development value of around £800m, also includes up to 17,300 square metres of commercial floorspace, a four-acre landscaped park, and car and bicycle parking spaces.

Residents and a local MP had objected to the plans on the grounds that four of the blocks will be between 21 and 36 storeys.

Members of the East Greenwich Residents Association (EGRA) said residents were "incredulous [...] that towers rising to 36 storeys are appropriate for the riverside section of the site," echoing concerns presented to the planning committee by Labour MP for Greenwich and Woolwich Matthew Pennycook in May.

U+I, which owns the development area known as Morden Wharf, said the scheme would generate more than 2,400 jobs during construction, and that the mixed use development should contribute £42m in socio-economic value to the area every year. When complete, the project should provide around 700 new jobs to the area, it claimed.

In January, U+I placed all of its projects under review and reshuffled its board of directors, which saw chief executive Matthew Weiner step down and be replaced by development officer Richard Upton. This came as the company registered a half-year loss of more than £50m.