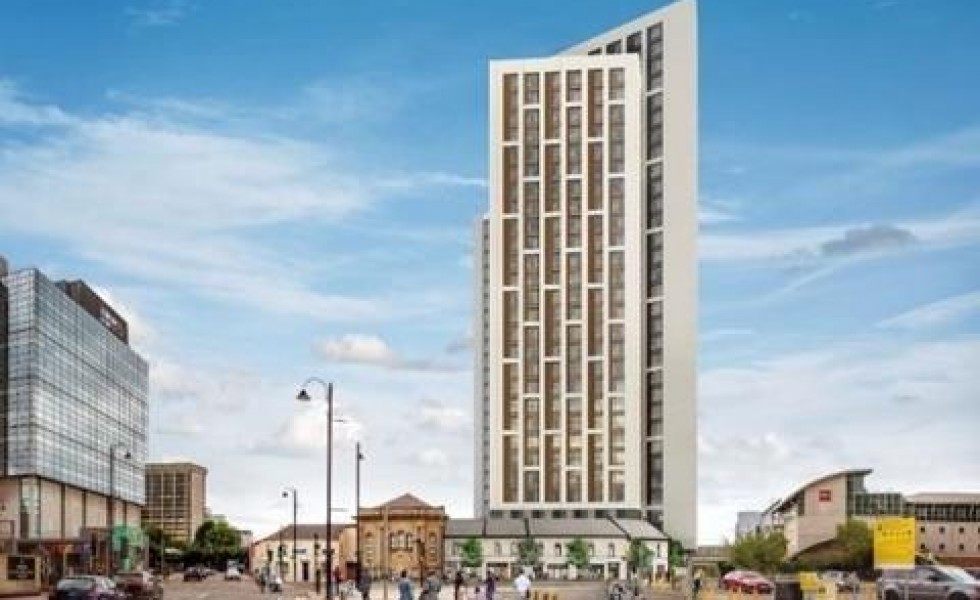 Galliford Try will start work next year on a controversial tower in the middle of Cardiff that was given the green light this week despite the local MP and the deputy leader of the council which gave it the OK ripping into the quality of its design.

Cardiff Central MP Jo Stevens wrote to the city's head of planning in the summer to complain about the AHR-designed scheme which will be home to more than 270 build-to-rent flats.

In her letter to Cardiff council's head of planning, Stevens said the scheme in the Welsh capital was "not a high-quality design" and was at odds with the council's tall buildings guidance which "need[ed] to demonstrate an exceptional standard of design and that there should be no negative impacts on important views and vistas. This proposal does not, in my view, fulfil these design requirements."

Stevens, who as part of the pre-application process for the scheme sent in a petition signed by more than 500 people objecting to the plans, added: "I am not convinced that the proposed design is of a quality which forms a landmark feature, nor does it exhibit exceptional architectural standards."

Others to object to the scheme, which is being masterminded by Galliford Try Investments and local investor and developer Marcol Estate, included four Cardiff council councillors including its deputy leader Sarah Merry, with the quartet complaining hours before the decision was made: "A building of this scale and mass has to 'prove its worth' and any proposal should be a positive feature in the skyline. We simply do not accept that this building meets the high level of design we aspire to in the capital city."

The tower features a stepped design of three blocks of 30, 26, 22 storeys with the building due to be built next door to a grade II-listed Masonic Hall.

But giving it the all-clear, the council said the height was "considered acceptable when viewed in the context of the other tall buildings" nearby and that the stepped design was "considered to help break-up the bulk of the building and the juxtaposition of the three blocks means that the building will be viewed differently from a variety of angles".

The council added that the scheme at the historic Guildford Crescent would act a catalyst for its proposed Canal Quarter regeneration plans.

Local campaigners had wanted to prevent the area from being redeveloped but it was decided only the curved frontages of the original late 19th century structures would be kept as part of the redevelopment.

In its decision, the council added: "The retention of the Guildford Crescent façades will bring the site back into beneficial use, providing an active frontage that will help create vibrancy and activity at street level."

As well as 272 homes, the scheme will include a fitness studio, flexible workspace and private dining areas. A roof top terrace will be built on the 27th floor.