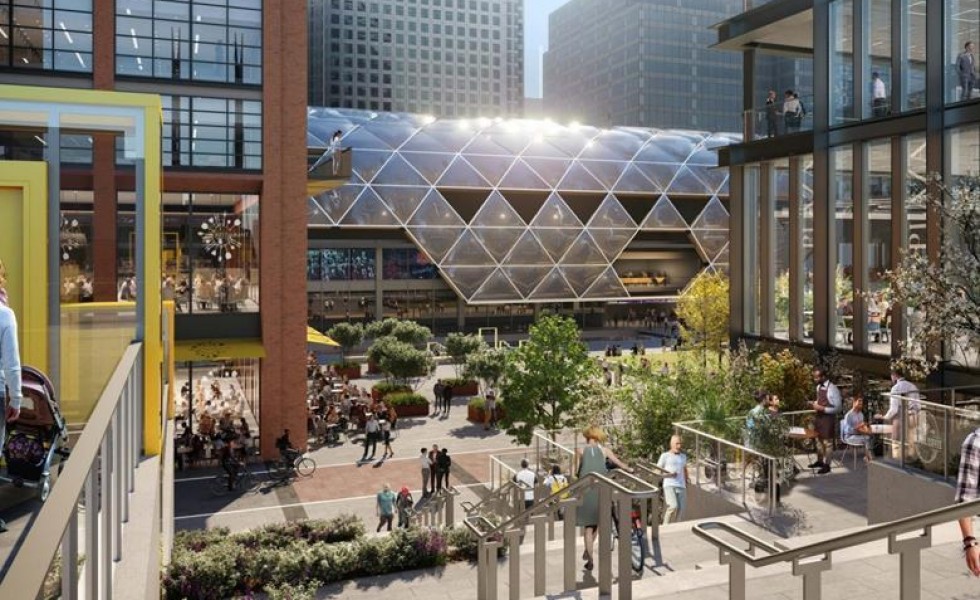 Canary Wharf Group has been given outline planning permission for a huge mixed-use scheme in Canary Wharf that includes towers up to 65 storeys in height.

The North Quay scheme on the northern edge of the Isle of Dogs, designed by architect Allies & Morrison, will consist of seven blocks if given the final go-ahead.

It includes a 225m-tall residential tower and a 53-storey student accommodation block rising to around 180m, along with a 38-storey office tower topping out at more than 160m.

Other buildings include another residential tower with 36 storeys, a second office block rising to 32 storeys, a 17-storey co-working office and a six-storey retail block.

The scheme, which is located immediately to the north of the new Crossrail station due to open to passengers next year, would extend Canary Wharf's cluster of towers more than 100m north into Poplar.

First unveiled in January last year, the planning application was lodged with Tower Hamlets council last July. Following a consultation, two of the buildings have been reduced in height from 150m to 130m and from 190m to 150m.

The plot, which is currently being used as a temporary construction compound, has had a long planning history.

In 2007, the Canary Wharf Group-owned site had been given planning permission for a mixed-use development featuring towers up to 43-storeys tall.

That scheme, designed by One Canada Square architect César Pelli & Associates with Will Alsop, would have provided a total of more than 370,000sq m of offices and 5,300sq m of retail space.