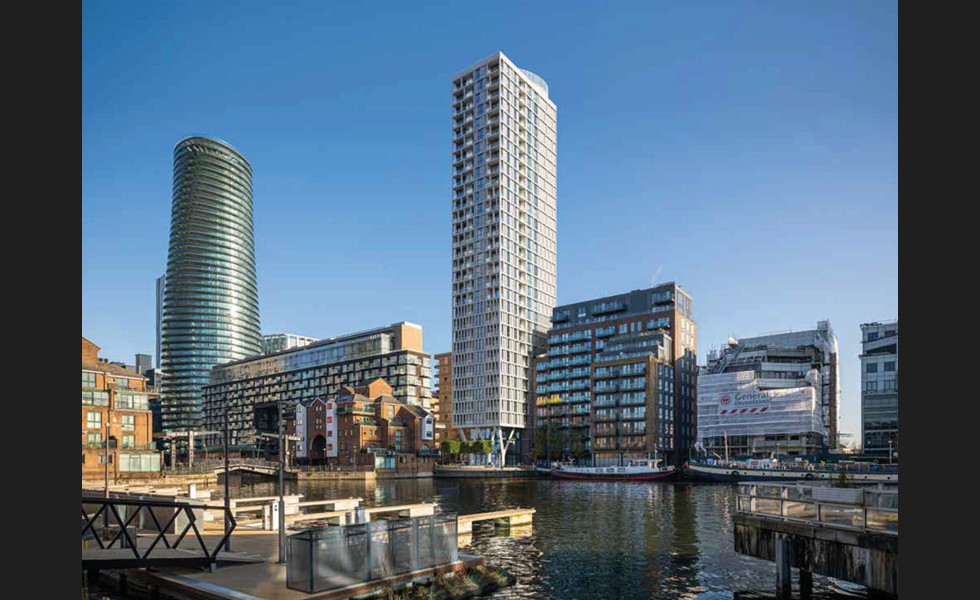 The AJ100 practice has asked Tower Hamlets Council for permission to develop a mixed-use building with 209 homes and 1,585m² of commercial space.

The building would have a base standing at nine storeys, with towers at its west and east flanks standing at 32 and 17 storeys respectively.

The first three storeys of the building would be stepped back for pedestrian use and feature columns which 'take their cues from the dockside heritage' of the surrounding area, according to the architect.

Buckley Gray Yeoman proposes vertical fins made of pre-cast concrete for the rest of the building's façade.

The scheme is planned for a site next to the Glengall Bridge, which divides the inner and outer Millwall Docks. It would also sit by Lanark Square (pictured) and near Crossharbour DLR station.

It would involve demolition of three buildings and the reprovision of the restaurant, homes and office space contained in each.

It is being developed by 3TQ, a vehicle backed by developer and architect Ahmet Huseyin.