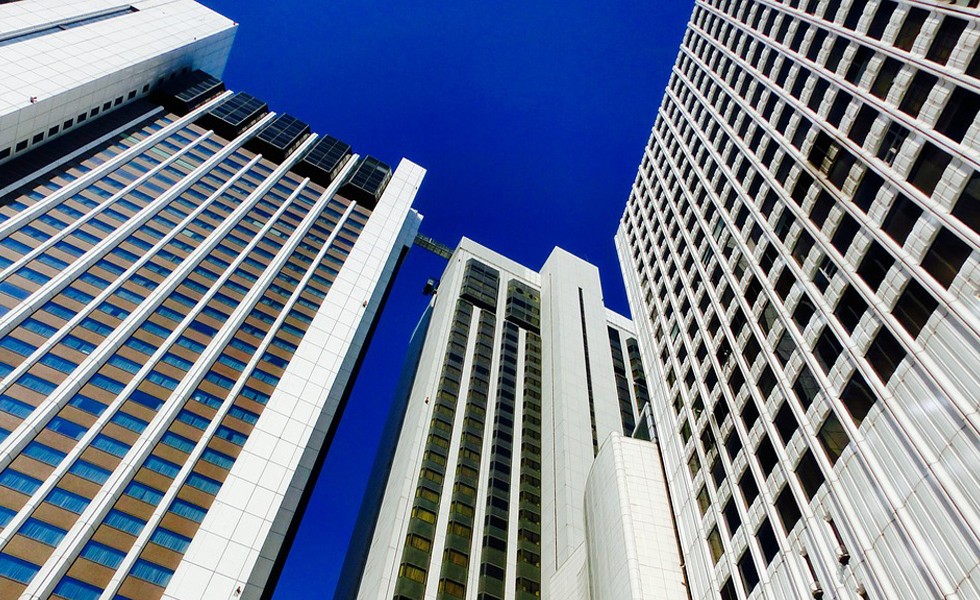 Definitions of high-rise buildings vary, but an interesting report by AMA Research looks at UK regional and London developments of 15-20 storeys and above. Unlike other international cities, London is considered ‘low-rise’ for a global city and financial capital of the world; with the pace of high-rise development way behind other global cities. However, in recent years, there has been an increase in the number of high-rise buildings proposed and approved for construction in the UK. The UK development pipeline currently stands at around 500 buildings, of which over 85% are planned in London, while the rest are clustered in key cities such as Birmingham, Liverpool, Manchester and Salford.

In terms of end-use sector, around 70% of high-rise buildings currently under construction or under consideration across the UK are primarily residential, but with an element of mixed-use, e.g. retail, community or leisure.

In London, the high-rise market is being driven by the buoyant private housing sector, especially at the top-end of the market, and resurgence in demand for commercial property. The concept of high rise living has changed and the majority of high-rise residential tower blocks in UK cities are now being developed as luxury accommodation, targeting a very different demographic and being developed with a mixed-use element incorporating leisure facilities, concierge services, restaurants and retail.
Key factors affecting the development of high-rise buildings include cost, space efficiency, wind & seismic considerations, structural safety, risk challenges both on site and in completed buildings, speed of elevators, new building materials to potentially replace steel and concrete and damping systems. In addition, significant technical and logistical factors include pumping and placing concrete at extreme heights, and craning and lifting items to extreme heights.

Speaking with buildingspecifier.com, Hayley Thornley, Research Manager at AMA Research said
“Going forward, the high-rise construction market is set to continue to grow, with the ever-increasing demand for housing. However, there are concerns about too many projects aimed at the luxury end of the market, which is not matched with housing demand. In addition, the uncertainties surrounding the EU referendum may influence some high-rise schemes, with many projects in the pipeline forecast to exceed stated completion dates.”

The proportion of mixed-use schemes in the high-rise buildings pipeline is set to grow, with around 18% of developments either under construction or proposed with a mixed-use function. In the office market, rising take-up, low availability of grade-A space and increasing rents in cities such as Manchester, Bristol, Birmingham, Leeds and Edinburgh, is helping to boost output in the commercial office sector and has led to more speculative building.

Sustained growth in the private rented sector (PRS) is also driving the development of high-rise housing, with increasing financial backing from both domestic and foreign institutional investors. Student accommodation also forms a small, but significant proportion of high-rise building development with a number of schemes currently in planning.

Given the fact that between now and 2026 the UK needs to build an additional 110,000 homes per annum on top of those currently projected in order to keep pace with our growing and ageing population, high rise could also play a pivotal role in ending the housing crisis going forward. Housebuilding is a particularly labour intensive industry and although new technologies and increased off-site production are being implemented to reduce costs and increase productivity, the supply of labour is still one of the binding constrictions on output.

Existing evidence suggests that the relationship between labour and number of houses that can be built is close to being linear. Therefore, in order to increase the number of homes being built the labour force employed in housebuilding needs to increase by the same share.

Current annual construction levels are typically less than half of the estimated 250,000 new homes this country needs built every year through to at least the 2030s. With only 63% of projects delivered on time and only 49% delivered to budget, it’s clear to see that traditional building practices, whilst still integral, are falling short of meeting major challenges on their own.

There is an urgent need for a mass volume of houses to be constructed in a limited time scale and whether the state takes on housebuilding, or if it is left to private house builders, the benefits of offsite construction could be crucial to meeting targets that have repeatedly been missed. Offsite construction provides housebuilders with programme certainty and quality though simplification of site operations and reduced weather dependencies due to the controlled factory-based assembly process.

Houses delivered through offsite construction offer enhanced specification standards and build quality which reduces occupancy costs related to energy use, defects and repairs. There is significant evidence that suggests that the use of offsite construction has been successful when applied to meet the needs of significant housing developments at scale with consequential opportunities for standardisation of design details – particularly to meet the need of government led programmes.