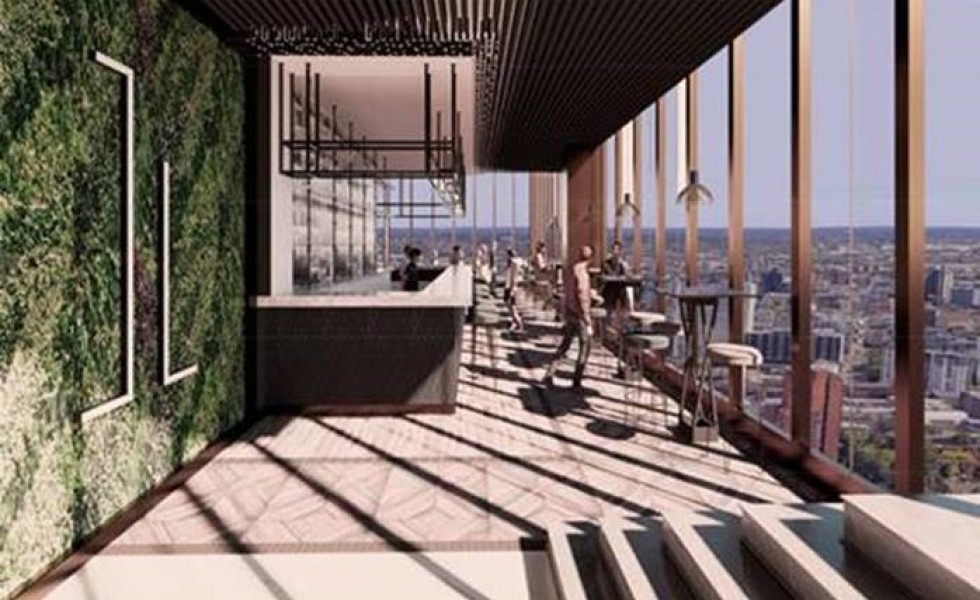 No start date yet for 193m-tall building designed by Glancy Nicholls.
The tallest tower in Birmingham has been given the green light by council planning chiefs.
Glancy Nicholls has designed the 61-storey residential scheme at 100 Broad Street, which will include 503 flats in the city centre.
The 193m tower will also feature the highest restaurant and sky lounge in the UK outside of London.
Euro Property Investments (EPIL) will demolish a low-rise office block to build the tower, though no start date has been agreed. The developer says it is currently “reviewing next steps”.
A spokesperson for Glancy Nicholls told Building: “EPIL approached Glancy Nicholls directly, based on our knowledge of the sector and expertise in the design and delivery of tall buildings.”

The decision comes a month after planning approval was granted for the 51-storey One Eastside tower, another Glancy Nicholls building in the city.