Twitter: Special Thanks to 'Best Tall Building Contractor' Category Sponsors @PolypipeBS ! To view the full shortlist and to… https://t.co/UaBYSBQ06y        Construction tech startup @buildots will be exhibiting at this years #TallBuildings Conference. For more informatio… https://t.co/JwyIJpCZ9O        Ian Simpson, Founding Partner at @SimpsonHaugh will be presenting at #TallBuildings Conference on ‘One Black Friars… https://t.co/G0BoCgOz7F        Special Thanks to 'Best Tall Building Structural Engineer' Category Sponsors @Trimble_TeklaUK ! To view the full sh… https://t.co/19C6UY2GXA 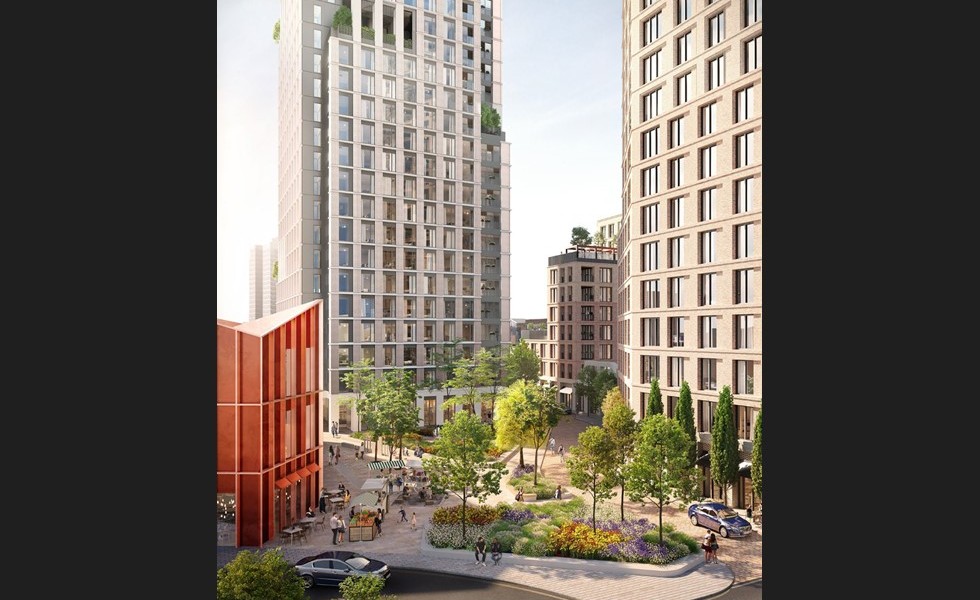 Farrell's 10 and 19 storeys scheme on the site of a Carpetright is also slated for planning permission.

Allies and Morrison is set to become the latest architect to bag planning permission for a tower in the Old Kent Road, south London.

Now Allies and Morrison is slated to win consent next week for the demolition of a petrol filling station and HSS Hire store and their replacement with 264 flats and retail space at ground level.

Plans for the tower are contained in a larger hybrid application covering the Devonshire Square scheme for developer Barkwest. The application also asks for outline permission for a further four buildings providing 301 homes alongside shops, restaurants, offices and leisure space.

Planning officers at Southwark Council have recommended the hybrid application be approved at a meeting of councillors on Monday (1 June).

Councillors at Southwark's planning committee have also been asked by officers to approve detailed plans by Farrells for two buildings standing at 10 and 19 storeys.

The buildings, for developer Avanton, will provide 262 flats as well as space for shops and offices on a site currently occupied by a Carpetright outlet.

The regeneration of the Old Kent Road has been partially driven by Transport for London's plans to extend the London Underground's Bakerloo Line from Elephant & Castle to Lewisham.

However, according to The Sunday Times, the project could be in jeopardy, as a government bail-out needed to keep Transport for London running may come with conditions preventing major investment in new infrastructure.