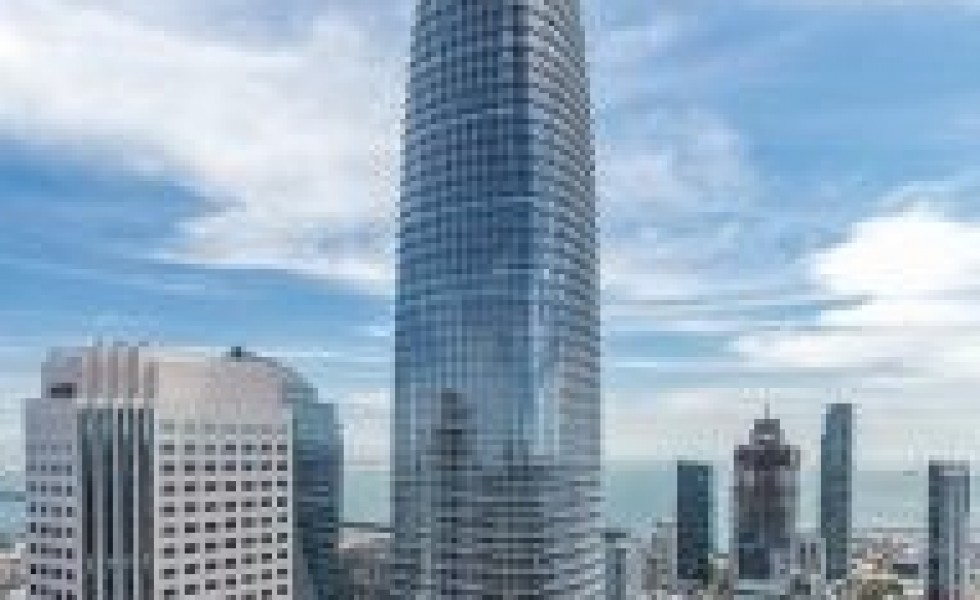 A record 26 towers over 300 metres were completed in 2019 according to the Council on Tall Buildings and Urban Habitat, while there was a drop in the number of 200-metre-tall buildings completed.
Of the 26 new supertall towers the 530-metre-high Tianjin CTF Finance Centre by SOM is the tallest. It is the seventh tallest skyscraper in the world, along with its sister tower the Guangzhou CTF Finance Centre.
Records broken around the world
The record-number of supertall skyscrapers in 2019 beat the previous year's 18 supertall towers, which was also a record at the time.
Following the Tianjin CTF Finance Centre, the second tallest building completed in 2019 was the RMJM-designed Lakhta Centre in Russia. At 462 metres high it is currently the tallest building in Europe.
Algeria set the record for the tallest building on the African continent with the 265-metre-high Great Mosque of Algiers, or Djamaa el Djazaïr. Designed by China State Construction Engineering, the mosque also has the world's tallest minaret.
Another notable supertall was the Exchange 106 Tower in Kuala Lumpar. The £7.6 billion project stalled during the Malaysia Development Berhad embezzlement scandal. At just over 445 metres it was the fourth tallest to complete last year.
Drop in skyscrapers attributed to lag from crash
Overall there was over a 13 per cent drop in the number of buildings completed that were over 200 metres.
In 2019 there were 126 of these skyscrapers built compared to 146 in 2018.
The CTBUH report suggested this was due to the lag from projects cancelled during the 2008 financial crash, and not a result of more recent global events.
China and India set skyscraper records
China built the most skyscrapers over 200 metres in 2019, accounting for 45 per cent of the global total. It's the fifth year in a row that China has built the tallest building as the country continues to be in the midst of a construction boom.
Shenzhen had the most new skyscrapers of any city, with 15 completions that accounted for almost 10 per cent of the world total alone. It's the fourth time in a row the city has broken its own record.
Second to China was the US, which completed 14 skyscrapers over 200 metres. India shot up to third place with seven completions over 200 metres, having finished none in 2018.
The Council on Tall Buildings and Urban Habitat (CTBUH) noted that there are several more under construction in the country that are yet to meet its completion criteria.
Source: DeZeen
Speakers